Kicked In The Abdomen By Mob, Delhi Woman Gives Birth To "Miracle Baby"

Their home set afire by the mob, Ms Parveen's family is now pinning their hopes on the newborn who they called a "miracle baby". 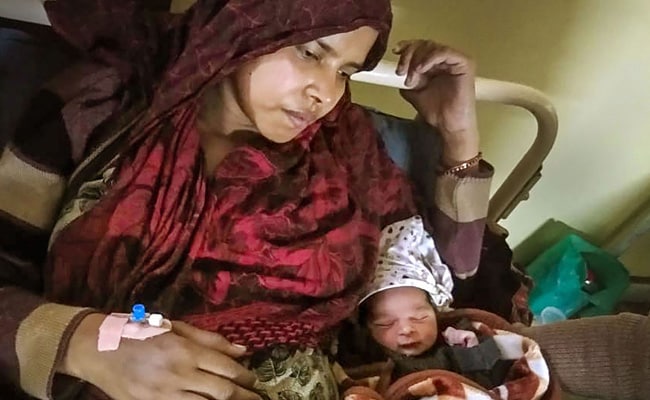 For 30-year-old Shabana Parveen, it was nothing sort of a miracle -- giving birth to a healthy baby boy after surviving a brutal attack by a mob who kicked and assaulted her and her husband in northeast Delhi's Karawal Nagar.

Their home set afire by the mob, Ms Parveen's family is now pinning their hopes on the newborn who they called a "miracle baby".

Ms Parveen, her husband, two kids and mother-in-law were sleeping inside the house on Monday night when a mob barged into their house.

Narrating their ordeal, Ms Parveen's mother-in-law Nashima told PTI, "They hurled religious slurs, beat up my son. Some of them even kicked my daughter-in-law in the abdomen...as I went to protect her they came charging at me... We thought we would not survive that night. But with God's grace we somehow managed to escape from the clutches of the rioters."

"We rushed Parveen to a nearby hospital but doctors there asked us to go to Al-hind Hospital where she delivered a baby boy on Wednesday," she added.

Despite having lost their home for over two decades and all belongings, her family has overcome the initial shock and are now overjoyed with the birth of the "miracle baby".

Ms Nashima said she had no clue where the family would go after Ms Parveen was discharged from the hospital.

"It's all gone there. Nothing left. Maybe, we will go to some relative's place and see how we can re-build our life," she said.

Ali, 6, who held his one-day-old brother, caressing his forehead, said, "I will take care of him forever and save him from every ill."

The violence over the amended citizenship law in northeast Delhi has claimed 38 lives so far and left over 200 people injured. Frenzied mobs torched houses, shops, vehicles, a petrol pump and pelted stones at locals and police personnel.

Jaffrabad, Maujpur, Babarpur, Yamuna Vihar, Bhajanpura, Chand Bagh and Shiv Vihar are among the areas mainly affected by the clashes.