Kanwar Yatra is an annual pilgrimage by the Shiva devotees who walk from their homes to Haridwar, Gaumukh, Gangotri in Uttarakhand. 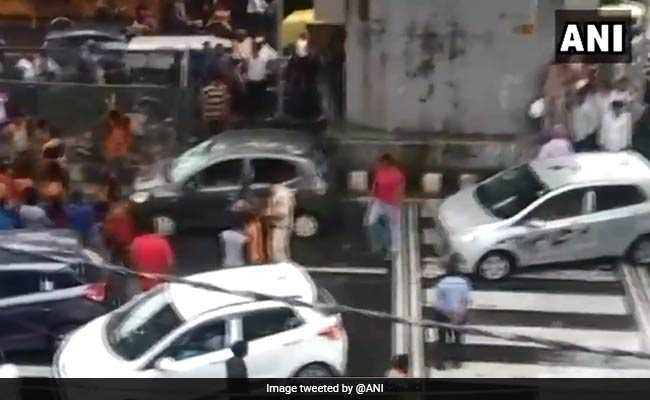 Kanwar pilgrims are seen bashing up a car with rods and sticks before tipping it over.

A widely-shared video of Kanwar pilgrims wrecking a car in Delhi and toppling it, has generated anger and disgust at unchecked hooliganism in the name of the annual pilgrimage, but the police have yet to take action. An officer, in fact, appeared to justify the outrageous mob attack saying an occupant of the car had slapped a pilgrim.

In the video, filmed on Tuesday on a busy road in Delhi's Moti Nagar, a dozen saffron-robed Kanwar pilgrims are seen bashing up the car with rods and sticks before tipping it over as policemen and spectators watch without stopping them. The car had allegedly brushed past them.

The two inside the car rushed out to safety as the mob attacked the car. The police said that no complaint has been filed till now.

A police statement on the incident had a different spin to the incident. It said that the "car with two occupants pushed a kanwar in Moti Nagar that triggered the altercation between the kanwars and occupants. When one occupant slapped a kanwar, agitated kanwars damaged car. Police arrived in 10 minutes but kanwars had fled by then. Case registered." 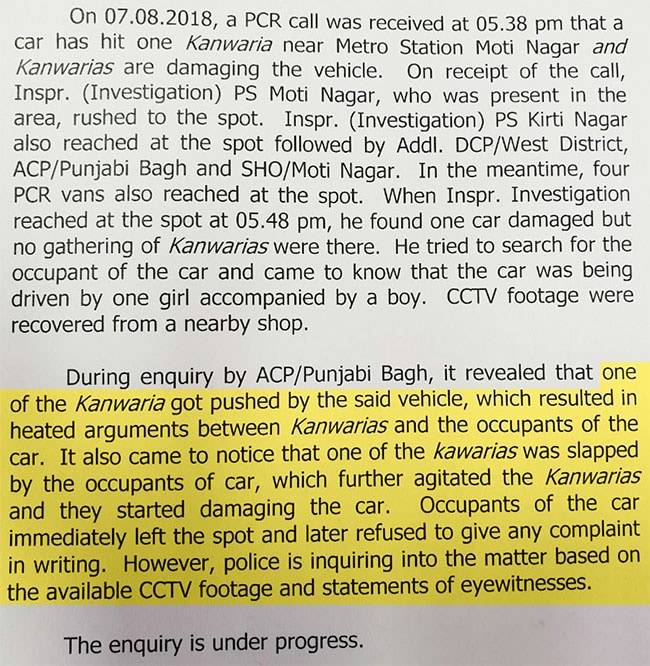 One of the kanwariyas was slapped by the occupants of the car, police said.

The statement was from Vijay Kumar, the Deputy Commissioner of Police in charge of the area.

According to the police, the grey i10 car was being driven by a woman, who was with her friend.

Meanwhile, several commuters who witnessed the attack expressed fear and concern over the lack of policing.

Kanwar Yatra is an annual pilgrimage by the Shiva devotees who walk from their homes to Haridwar, Gaumukh, Gangotri in Uttarakhand to fetch a pot filled with Ganga water during Shravan, the fifth month of the Hindu calendar. The Ganga water is used as an offering to their local Shiva shrines on Maha Shivratri day.

Various camps and rest stops are set up for the devotees on the roadside, which disrupts traffic as only a part of the road is left for cars, buses and trucks. Despite traffic, the pilgrims are often seen walking in large groups on the road balancing the pots on their shoulders. In the past few days, they have been seen in trucks and other vehicles, ignoring all traffic rules and even harassing people.