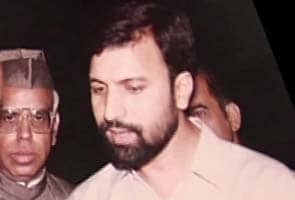 A Delhi court on Tuesday denied bail to Kazmi, noting that the prima facie evidence showed that the journalist had allegedly played a role in the February 13 bomb attack on an Israeli diplomat's car.

Promoted
Listen to the latest songs, only on JioSaavn.com
Kazmi had earlier alleged that police was harassing him in custody to pressurise him to "confess a crime he never committed" and that "foreign agencies like Mossad were also interrogating him." The court had then asked the Special Cell not to permit other investigating agencies to interrogate him but had imposed no bar from sharing information with other agencies.

Kazmi, who claims to have been writing for an Iranian publication, was picked up by the Special Cell of Delhi Police after the probe showed he had been in touch with a suspect who is believed to have stuck the magnetic bomb on Israeli diplomat Tal Yehoshua's car on February 13. Yehoshua and an Indian driver of the embassy vehicle were among the four people injured in the blast.