Parmeet Dabas, 28, who has represented India in rugby in Pakistan, Sri Lanka and Uzbekistan, was arrested on August 2 near Sanjay Van in south Delhi, police said. 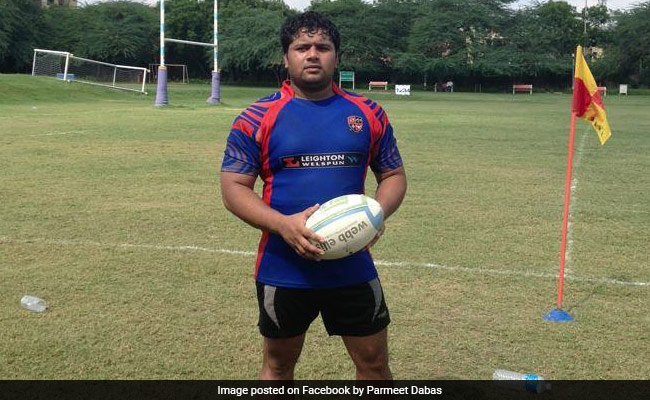 Parmeet Dabas has earlier been jailed in a murder case, the officer said without elaborating.

New Delhi: An international-level rugby player has been arrested for his alleged involvement in the killing of three people, including a Delhi Police personnel and an alleged gangster, in the Delhi, officials said today.

Parmeet Dabas, 28, who has represented India in rugby in Pakistan, Sri Lanka and Uzbekistan, was arrested on August 2 near Sanjay Van in south Delhi, police said.

A 9 mm pistol containing two live cartridges in its magazine was recovered from his possession, a senior officer said.

The armed men had fired indiscriminately at their car, killing Monu, Kumar and Shastri and wounding the other two, said P S Kushwaha, deputy commissioner of police (special cell).

Sonu Daryapur, a distant relative of Dabas, had planned the killing Monu, the DCP said. Sonu allegedly wanted to kill Monu because he had married his sister against his wishes, the officer said.

In April 2016, Dabas was hospitalised for pancreatic surgery and had to take a huge loan for the treatment, that he was unable to repay, the DCP said.

Dabad had discussed his financial crisis with Sonu, whom he referred to as 'Mama'. Sonu offered to help Dabas on the condition that he would have to help him eliminate Monu.

Dabas agreed to assist Sonu in the plan and procured six SIM cards on fake IDs. Prior to the incident, Dabas had arranged a floor at Nihaal Vihar here for other gang members on his ID, the DCP said.

They kept tracking Monu for three-four days before killing him. On April 30, Dabas located Monu at Shoukeen Chowk, Peeragarhi, Delhi and informed the other gang members who then attacked Monu.

The officer said so far, the police have arrested six men in connection with the triple killings. The police had announced a reward of Rs one lakh each on the head of all accused, including Dabas.

Dabas has played rugby at international level. He has represented India in rugby matches in Pakistan in 2005, in Sri Lanka in 2006 and in Uzbekistan in 2015, said the officer. Dabas has earlier been jailed in a murder case, the officer said without elaborating.
Comments
Parmeet DabasRugby player murderer