They were violent and had all kinds of weapons, Station House Officer Baljeet Singh said in a video statement. At least 22 cases naming numerous farmers' union leaders have been filed for the tractor rally violence that left over 300 cops injured. 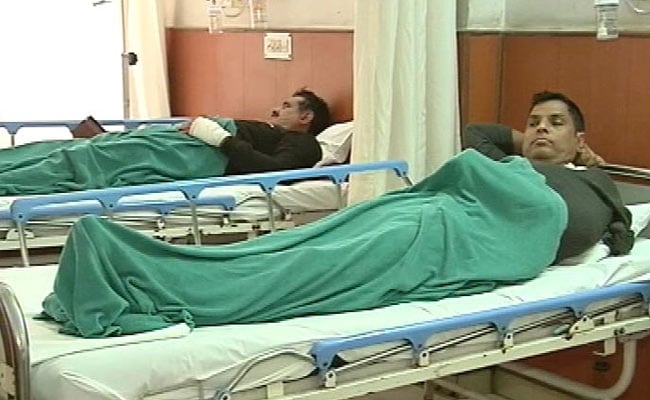 Delhi Police says over 300 policemen were injured in clashes with protesters on Republic Day.

Armed, aggressive, drunk, these are some of the things that have been mentioned about attackers in statements given by policemen injured in Tuesday's clashes that broke out after farmers' Republic Day tractor rally went rouge.

"They were violent and had all kinds of weapons," Station House Officer Baljeet Singh said in a video statement that has been used to file at least one of the 22 cases naming some farmers' union leaders for the violence that left over 300 policemen injured.

Many cops sustained serious injuries, including blows to the head and fractures, after trying to "restrain" protesting farmers who veered off the three approved rally routes along Delhi's outskirts and entered the iconic Red Fort, besides other areas of the city. 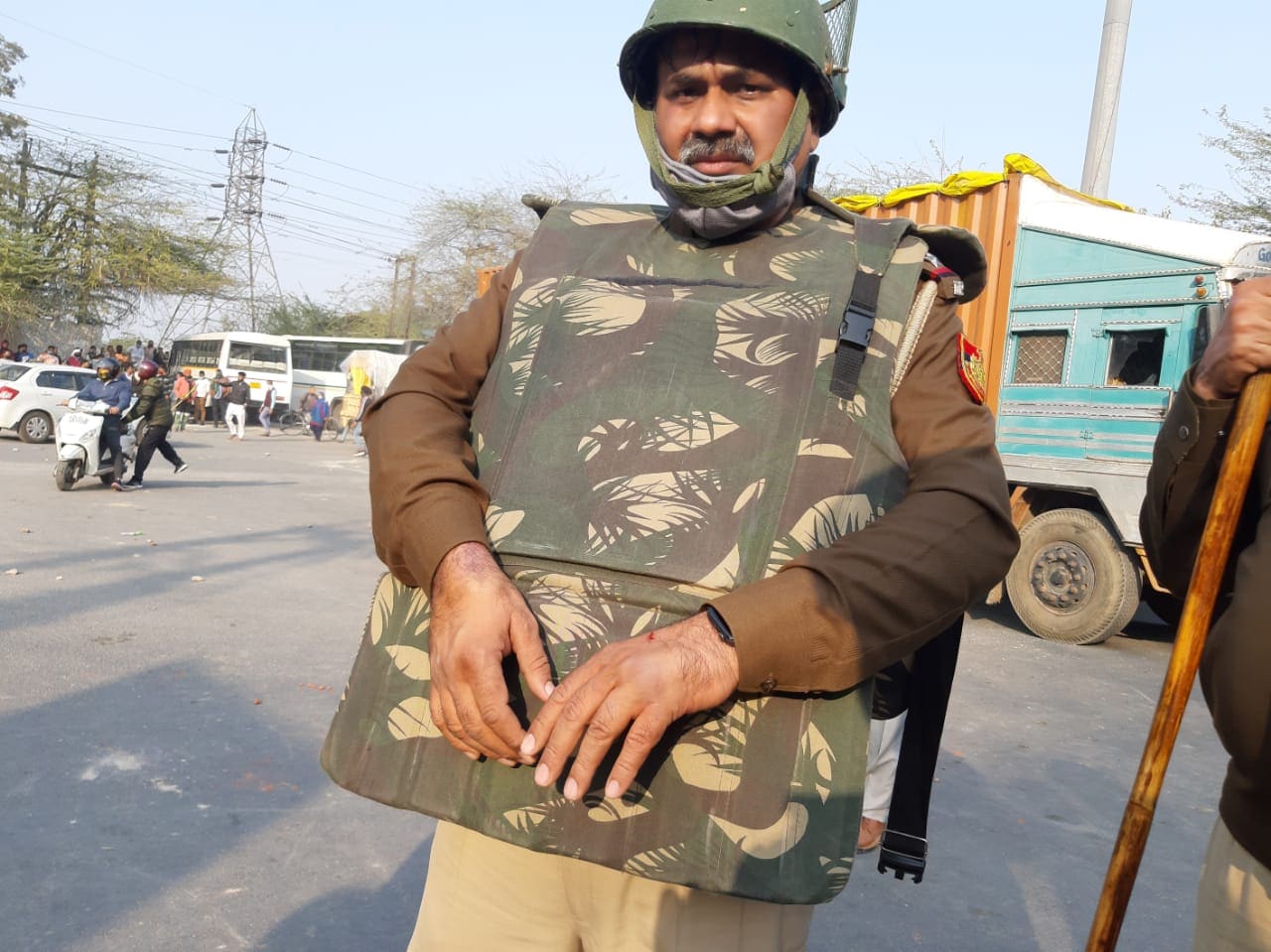 Police officer Baljeet Singh suffered fractures in both hands when he was on duty at Najafgarh road.

"They broke a bus, took over a crane. When we fired tear gas shells they turned violent. They had all kinds of weapons and some were even drunk," said Mr Singh, who suffered fractures in both hands when he was on duty at the Najafgarh road.

The police had barricaded many roads across Delhi using concrete bollards and even buses, but farmers pushed past them with their tractors leading to clashes in and around Muqarba Chowk, Ghazipur, ITO, Seemapuri, Nangloi T-Point, Singhu Border and Tikri Border. The police resorted to use of water cannons, tear gas shells and baton-charging to bring the situation under control.

"One hand of mine is fractured. I have other injuries too. Many protesters behaved like hooligans and caused largescale destruction," constable Sandeep Kumar, who was at the ramparts of Red Fort when protesters hoisted a religious flag from a pole, told NDTV. 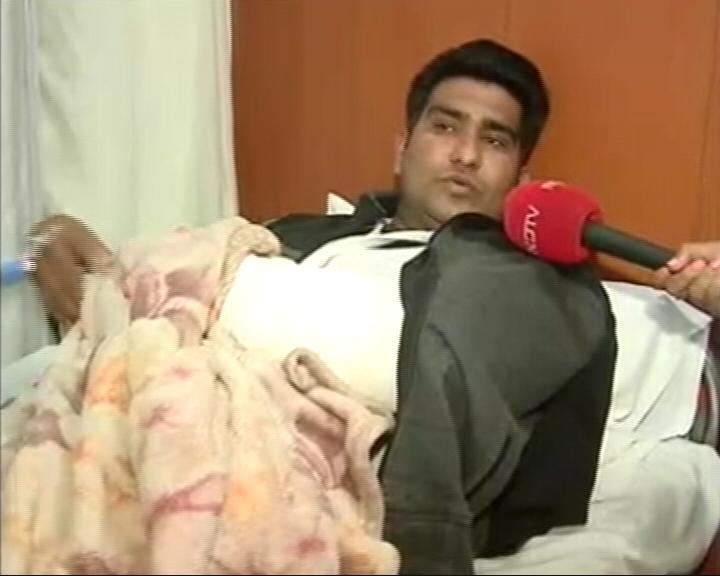 Constable Sandeep Kumar was injured while on duty at Red Fort on Tuesday.

He added that there was a lot of police deployment at the Red Fort, but protesters kept breaching the security barricades and pelted stones.

Another senior officer PC Yadav, who suffered a head injury while trying to rescue another seriously injured colleague at the Red Fort, said that when the police "tried to remove protesters from the rampart, they became aggressive".

"They had swords, lathis, spears. Our intention was to use restraint because they are farmers," he added.

#WATCH | We were deployed at Red Fort when many people entered there. We tried to remove them from the rampart of the fort but they became aggressive....We didn't want to use force against farmers so we exercised as much restraint as possible: PC Yadav, SHO Wazirabad. #Delhipic.twitter.com/v6o7D57EAk

In a video shared online by news agency ANI, around a dozen police and paramilitary personnel can be seen forced to scramble and jump over a 15-foot wall at the Red Fort complex to escape a mob of lathi-wielding attackers.

Meanwhile, farmers have blamed "anti-social elements" for the violence and the Samyukt Kisan Morcha, a federation of 40 farmer unions, has dissociated itself from the chaos and appealed for calm.

Extra paramilitary forces have been positioned in the city, as ordered by Home Minister Amit Shah (to whom Delhi Police reports) after a meeting between senior police and government officials.

A special investigation team of the Delhi Police Crime Branch is likely to investigate the incident.