Rainfall in the region will bring respite to locals with temperatures in Delhi and surrounding regions constantly above 40 degrees Celsius. 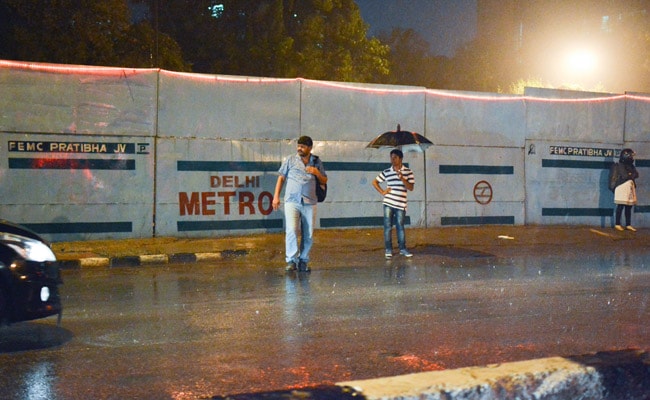 Delhi and its adjoining areas are likely to receive heavy to very heavy rainfall in the next 24 hours, India Meteorological Department (IMD) said today.

The weather forecaster said conditions are becoming favourable for southwest monsoon advancing into remaining parts of Haryana, Punjab and some more parts of Rajasthan during the next 24 hours.

However, there will be no respite from the heat as maximum and minimum temperatures are likely to remain at 36 degree Celsius and 27 degree Celsius, respectively.

"No significant change in maximum temperatures likely over major parts of the country during next 4-5 days," the IMD stated.

Rainfall in the region will bring respite to locals, who have been reeling under severe heat wave conditions in the past few days, with temperatures in Delhi and surrounding regions constantly above 40 degrees Celsius.