"No Tree Will Be Cut," Says Minister Trolled For Controversial Delhi Plan

Several residents of Delhi have expressed outrage on social media over the plan to cut down trees at seven south Delhi colonies. 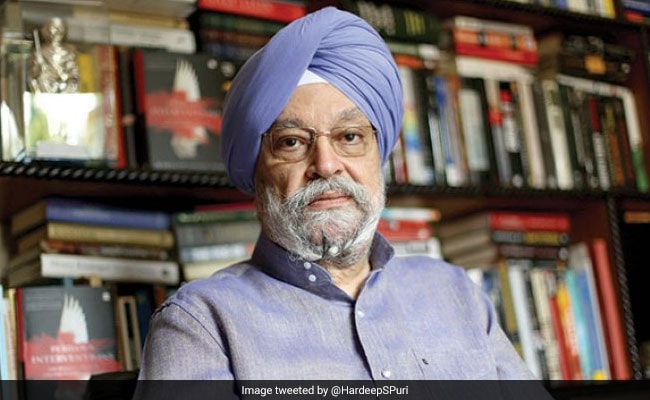 New Delhi: Union Minister Hardeep Singh Puri, trolled over a plan to cut 17,000 trees in Delhi to make way for an office and residential complex for government officers, has declared that "no tree will be cut" on his watch. At the same time, he appeared to indicate on Monday that the plan would not be scrapped.

"Till the time I am a minister no tree will be cut and for every tree that is cut we will plant 10 trees. Green cover will go up by three times after re-development of seven colonies in South Delhi," Mr Puri said, adding, "Young activists are too fast to blame."

Several residents of Delhi have expressed outrage on social media over the plan to cut down trees at seven south Delhi colonies to make way for government flats, offices and commercial space in what is being described as "redevelopment".

Most of the trees are to be "cleared" from Sarojini Nagar. Sources say at least 15 per cent of the apartments will be for sale and the focus of the redevelopment is on commercial space.

The government has said that to make up for the felling of trees, an equal number of saplings will be planted - an idea that has been rejected by many as hardly enough compensation.

Hardeep Puri, the Minister of State for Housing and Urban Affairs, was lacerated on Twitter after he tried to justify the project and then lashed out at a Twitter user, saying: "Be careful with your tone."

Why didn't you consider to make accommodations in Dwarka or Rohini or outer Delhi minister @HardeepSPuri Ji ? Don't you think this project of yours is lethal & unreasonable?#Savs17KTreesDelhi

Be careful with your tone. Just because I am a public servant, you cannot take the liberty of being offensive. All this predates me. The decision taken will ensure that at no point of time will there be even one less tree in the area. Read r press release, if you have interest.

Residents, activists and environmentalists have launched protests against the government's tree-cutting order. About 1,500 people have taken to tree-hugging protests in Sarojini Nagar, launching their own version of the "Chipko Movement" in the 1970s, when people held on tight to trees to prevent them from being chopped in Uttarakhand.

The project has also set off a political row with the BJP accusing Delhi's ruling Aam Aadmi Party (AAP)  of first giving the go-ahead and then protesting as a "gimmick".