The tribunal also directed the neighbouring states of Punjab, Haryana, Uttar Pradesh and Rajasthan to submit their action plan on steps taken to curb pollution within two weeks 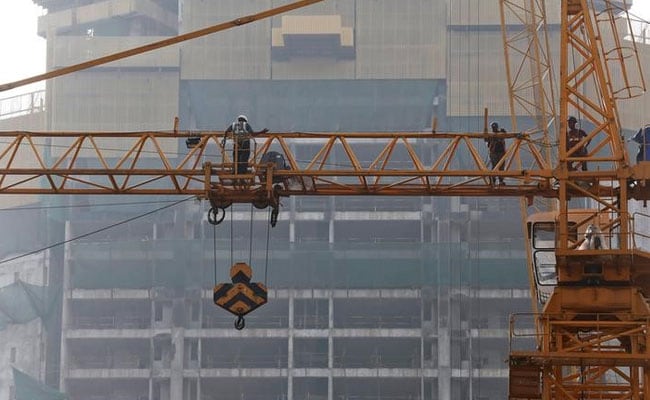 The green panel gave a go ahead to construction activities but said no dust pollution should be caused.

New Delhi: The National Green Tribunal (NGT) today lifted its ban on construction activities in Delhi-NCR and allowed trucks to enter the national capital, while asking authorities to strictly monitor their movement. The green panel, however, refused to lift its ban on industrial activities causing pollution in the Delhi-National Capital Region region.

"All directions in relation to emissions from industry, burning of waste and crop residue shall continue to be enforced," a bench headed by NGT Chairperson Justice Swatanter Kumar said.

The tribunal also directed the neighbouring states of Punjab, Haryana, Uttar Pradesh and Rajasthan to submit their action plan on steps taken to curb pollution within two weeks. It gave a green signal to the construction of the Eastern Peripheral Expressway but said no dust pollution should be caused.

The bench, which was scheduled to start proceedings at 11.15 am after the full bench reference on retirement of Justice Dalip Singh, took up the matter at 10.30 am itself and passed the directions. The bench said it will hear the Delhi government's second plea on odd-even today itself. It had earlier refused to exempt women and two-wheelers from the Delhi government's odd-even vehicle rationing scheme and directed it to ensure that diesel vehicles over 10 years old be taken off the roads without delay.

It had also asked the city government to identify the most polluted areas and sprinkle water, while allowing non- polluting industries and those manufacturing essential goods to operate in Delhi-NCR. The NGT had on November 11 stated that it would not exempt women and two-wheelers from the odd-even vehicle rationing plan to tackle pollution.
Comments
NGT banAir pollutionconstruction ban