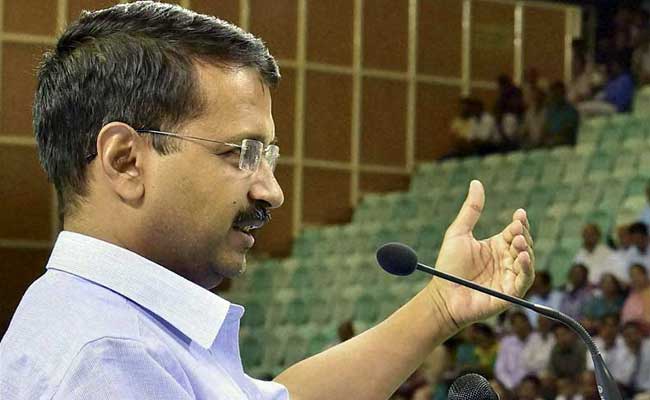 New Delhi: Giving a major push to clean energy, the AAP government on Monday came out with an ambitious policy announcing incentives and tax breaks to promote solar power and making it mandatory for government and public institutions to install rooftop solar panels.

The solar policy, finalised at a cabinet meeting chaired by Chief Minister Arvind Kejriwal, aims to make Delhi a "solar city" through generation of 1,000 megawatt of power by 2020 and taking it further to 2,000 MW by 2025.

The government said building bylaws were amended for rooftop solar installations up to the height of two metres.

The height of the structure carrying solar panels will not be counted towards total height of the building as permitted by building bylaws, except near airports where building regulations issued by the Airport Authority of India take precedence, said a government official.

He said no approval will be required from municipal corporation or other urban development bodies concerned like DDA for putting up solar plants including any additional system for monitoring the performance of solar plant in existing or new buildings.

The support structure on which rooftop solar panels are installed will be treated as a temporary structure built in accordance with local building codes.

"Making Delhi a solar city is one of our 70-point agenda. This policy which is very progressive will help in providing clean and green energy," said Mr Kejriwal.

The policy outlined a combination of regulations, mandates, incentives, and tax breaks for the growth of rooftop solar power in the capital.

The policy mandated deployment of solar plants on all government-owned rooftops in the next five years. It requires private power distribution companies to meet at least 75 per cent of their solar renewable purchase obligation (RPO) within Delhi.

Government said it was taking up with MCDs and New Delhi Municipal Council for exempting electricity tax, which is currently 5 per cent, on solar power.