How Nearly 7 kg Gold, Worth 3 Crores, Was Smuggled From Sharjah To Delhi

The gold has been seized and the passengers have been arrested. 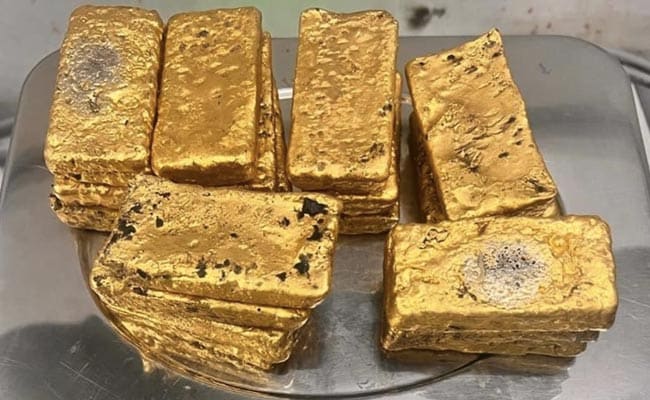 Around 6.67 kg gold was extracted which was moulded into 19 bars

The accused were intercepted after they arrived from Sharjah on October 28.

The detailed examination of the baggage and personal search of the passengers resulted in the recovery of seven rectangular-shaped pouches containing chemical paste, appearing to be gold and weighing 7.76 kg in total, which was concealed in the pockets of the body shapers belt kept in the handbag, it said.

Around 6.67 kg gold was extracted from this paste which was moulded into 19 uneven rectangular-shaped bars of gold having a value of Rs 2.95 crore, said the statement issued by the customs.

The gold has been seized and the passengers have been arrested, it said, without sharing further details of the accused.