Delhi: Two country-made pistols, three knives, two live rounds and one pick-up van among others were recovered from their possession, police said. 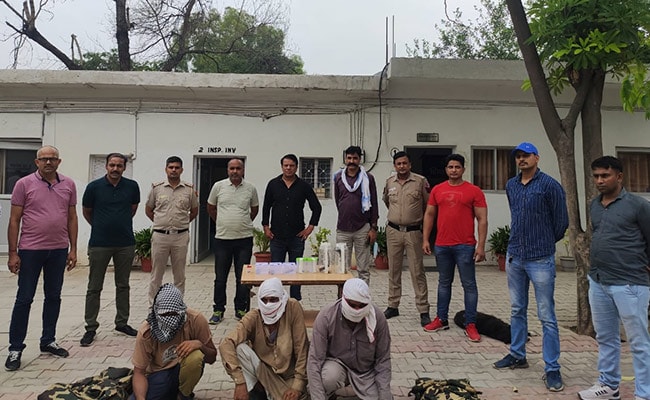 Police said the accused used to steal cattle and sell them in Meerut.

Five people involved in stealing cattle from Rajasthan, Haryana and the Delhi-NCR region were arrested on Monday morning after a brief exchange of fire in southwest Delhi's Dwarka area, police said.

The accused have been identified as Ajaj (33), Irshad (35), Ismaile (24), Sajat (53) and Nabiya (55), all residents of Meerut in Uttar Pradesh, they said, adding the accused mainly stole buffaloes.

On January 12, the police received information about theft of buffaloes from main Najafgarh Chhawla Road. The police reached the spot and found that unidentified men had stolen four buffaloes after tying their caretaker with a rope, a senior police officer said.

On Monday, police got a tip-off that five men would come on the Goyla Dairy-Dwarka Road in their pick-up tempo following which the road was barricaded, police said.

A tempo was spotted and was signalled to stop but the driver crashed into the barricade and tried to escape. However, the tempo came to a halt after colliding with a streetlight pole, police said.

"Two men started firing at the police which also retaliated and both the accused were shot in their legs. They were apprehended along with their three other accomplices," Deputy Commissioner of Police (Dwarka) Santosh Kumar Meena said.

The accused used to steal cattle, mainly buffaloes, and sell them in Meerut, police said.

Two country-made pistols, three knives, two live rounds and one pick-up van among others were recovered from their possession, police said.