The toilet facility is located at Press Club of India parking near Shastri Bhawan and was inaugurated by NDMC Chairman and Secretary. 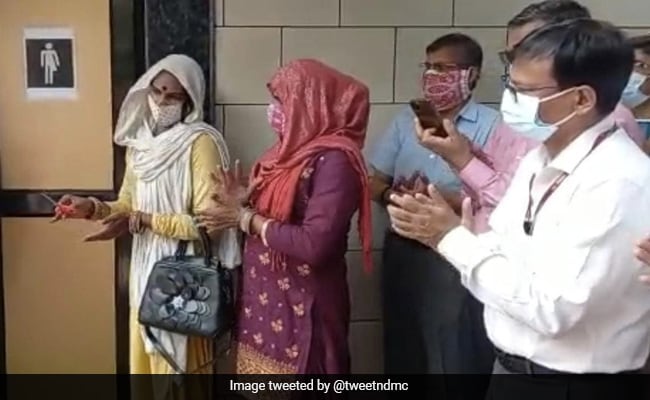 The toilet facility is located at Press Club of India parking near Shastri Bhawan.

The New Delhi Municipal Council (NDMC) on Monday inaugurated the first public toilet for exclusive use by the third gender people, officials said.

The toilet facility at Press Club of India parking near Shastri Bhawan was inaugurated by NDMC Chairman and Secretary.

First public #toilet for exclusive use by #ThirdGender was inaugurated by members of third gender in presence of chairman and secretary #NDMC at #press club parking near Shastri Bhawan in NDMC area.#inclusivity#SwacchBharatMission#SwacchSurvekshan2021pic.twitter.com/nQsq4BkYIM

"There is also a plan for constructing more such facilities after assessing feasibility and identification of site in NDMC areas," a senior civic body official said.

In 2014, the Indian Supreme Court accorded "third gender" status to transgender people and an individual''s right to determine the gender they identify with. The verdict included a directive for separate toilets for transgender individuals in public places including hospitals.

In January, the NDMC had announced plans for construction of separate toilets for trans persons, in its annual budget.

The Delhi government has directed all its departments, district authorities, municipal corporations and autonomous bodies to set up separate toilet facilities for transgender persons at their respective offices in the national capital.

In an order, the government said in case such toilets cannot be constructed immediately, the existing facility available for persons with disabilities (PwD) should be designated for the use of transgender persons for the time being.