The national capital's air quality remained "very poor" on Friday, days after hovering around "severe" and "severe plus" category. 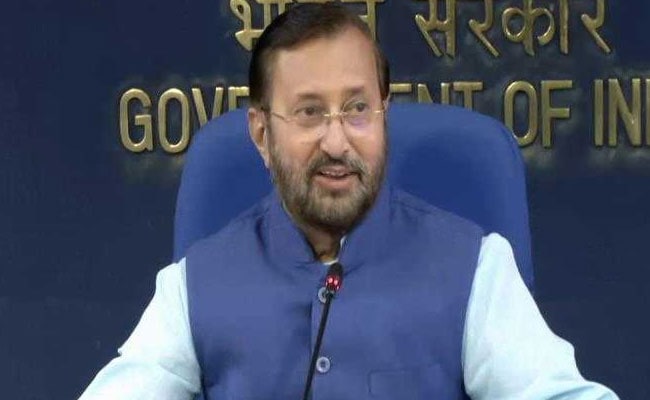 Union Environment Minister Prakash Javadekar today reviewed the steps being taken by Delhi and neighboring states to combat air pollution, while urging their governments to stop blaming each other and start acting in synergy.

The minister chaired a meeting to review air pollution mitigation efforts with senior officials of the governments of Delhi, Rajasthan, Uttar Pradesh, Haryana and Punjab, following the direction of the Supreme Court.

Mr Javadekar said the state governments have been urged to work together and not indulge in a blame game over the hazardous pollution levels in northern India.

The national capital's air quality remained "very poor" on Friday, days after hovering around "severe" and "severe plus" category.

"There are local factors like waste burning, dust, industrial and vehicular pollution, which contribute to 70-80 per cent pollution. Everyone should think about how to reduce this pollution. I have appealed to them to not blame each other for it and work towards reducing pollution together," he said.

Mr Javadekar said that contribution of stubble burning in pollution has reduced.

"The governments concerned have been directed to implement their action plans. Last week, stubble burning contributed to 30-35 per cent in pollution, it has now reduced to 3-4 per cent," he said.