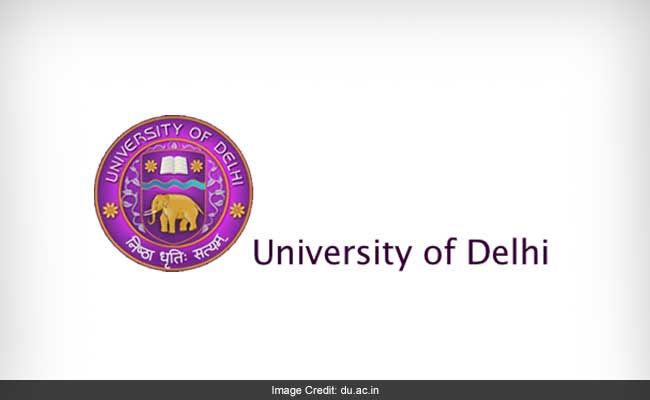 Delhi University, which had sought suggestions from all departments regarding the proposed changes in the Choice Based Credit System.

New Delhi: Delhi University, which had sought suggestions from all departments regarding the proposed changes in the Choice Based Credit System (CBCS), is likely to retain the current practice of relative grading for the upcoming academic session.

After widespread protests by students who complained of their grades suffering due to relative marking, DU had decided to rectify the grading pattern and directed the CBCS committee to review the existing scheme and submit its recommendations.

The committee had submitted its report and the university had invited feedback on new suggestions.

"We had received suggestions from the teachers to change the basic formula of the system, which, of course is not a feasible thing as it will change the core idea of CBCS," a university official said.

"It is uncertain if any changes will be introduced from the upcoming academic session as there has been no consensus yet on what changes need to be done," he added.

Under CBCS, students are marked by relative grading system in which grades are dependent on their performance in relation to those of other students and not their individual performance.

However, after the first semester results were out, it was found that under the relative grading system introduced in undergraduate courses, students will now have to score more than 100 per cent marks to get the top O (outstanding) grade in some subjects.

Agitated over the results, students had staged protests demanding that the scheme be rolled back, prompting the varsity to set the process for its review in motion.

The Executive Council members of the varsity have also raised objections, saying the relative grading system was neither placed before the statutory bodies nor was it notified to the colleges before the results were declared.

Saying that CBCS allows a "cafeteria approach", University Grants Commission (UGC) had in 2014 asked all central universities to implement it from the next academic session.

It allows students 'seamless mobility' across higher education institutions along with transfer of course credits.

The debate regarding CBCS intensified last year as a section among the academic fraternity rejected the proposed reforms in the education system as a "crackdown on varsities' autonomy".

Despite opposition from a section of students and teachers, DU had gone ahead with the CBCS implementation last year saying it has been "mandated" by UGC and the varsity is "helpless" in this regard.