Driver Of Speeding Car That Hit Harley Biker Arrested In Delhi, No Trace Of Victim

Even as an eyewitness told the police that Anshuman fell into the river, the police have not been able to trace the biker 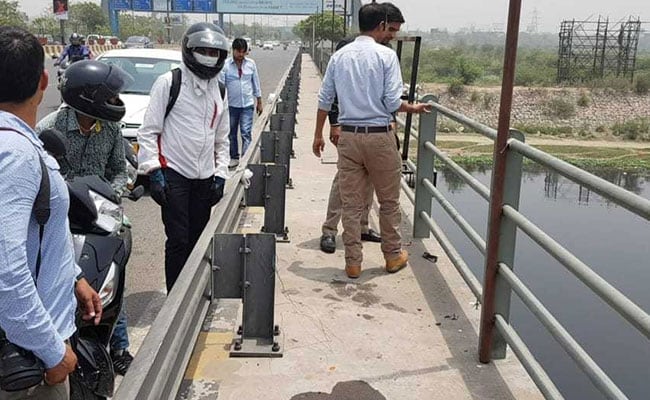 The speeding car rammed the superbike on the DND and the biker fell into Yamuna.

New Delhi: Almost a week after a biker on his Harley Davidson was hit by a speeding car and thrown into the Yamuna, the driver of the sedan was arrested and released on bail within a few hours on Saturday. The police are yet to find the biker and a search is on.

Anshuman Puri, who lived alone in south Delhi's Sarita Vihar, was on his way to Delhi from Noida in the early hours of Sunday when a speeding Toyota Etios rammed his bike on the DND flyway. The high-intensity rear-end strike sent the biker flying over the Yamuna bridge into the river.

The accused, Pravesh, fled in an autorickshaw. Passersby called the police who took possession of the car and the motorcycle.

Even as an eyewitness told the police that Anshuman fell into the river, the police have not been able to trace the biker. A search, with the help of local divers and a team of the National Disaster Response Force or NDRF, in the Yamuna river, failed to find him.

No information about the injured was received from any hospital, the police said.

It took a few days to arrest Pravesh as the car was owned by his father-in-law Bhappa Singh, police said. The search for the accused led the cops to Bhappa Singh's Qutub Vihar home which was locked. The neighbours told the police that he lives in Canada and his daughter and son-in-law use this car.

Promoted
Listen to the latest songs, only on JioSaavn.com
On Saturday, Pravesh was arrested in Delhi and charged for causing death by negligence, which is a bailable offence. The police said after blaming his cousin Nishant, who often drove this car, Pravesh finally confessed to hitting Anshuman. He said he was driving at a high speed and didn't see the biker.