Delhi Police Commissioner Amulya Patnaik has directed all senior officers of the force to strengthen anti-terror measures in their respective districts, sources said. 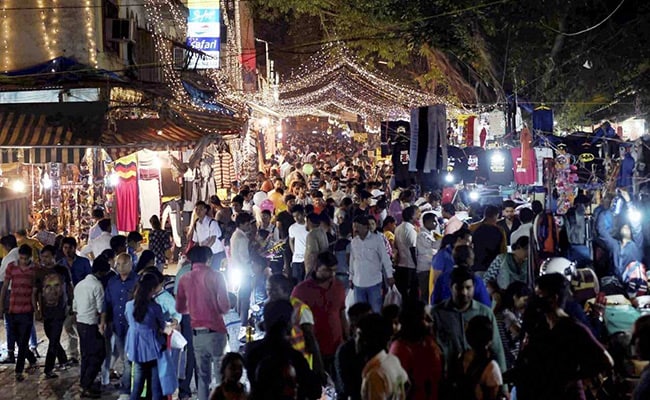 Security arrangements have been beefed up in Delhi for Diwali, senior police officers said on Thursday.

Delhi Police Commissioner Amulya Patnaik has directed all senior officers of the force to strengthen anti-terror measures in their respective districts, sources said.

"Police are trying to make people aware. The market associations and residential areas have been informed to contact the police if they notice any suspicious person in their area," Ms Singh said.

"We have dog squad which is monitoring all markets. The private guards at malls and markets have been trained on how to properly check vehicles entering the premises," she added.

Integrated pickets have been placed for surprise checking while the bomb squad is also helping the city police, she said.

"We are checking guest houses and verifying the identities of tenants in different areas across the national capital. Patrolling has been increased to keep a check on incidents of snatching and pick-pocketing at crowded areas," she said.

According to Devesh Srivastava, Joint Commissioner of Police (southern range), all senior police officers of south Delhi, including the DCP and the additional DCP, have begun patrolling the district personally.

Police presence in markets and other crowded areas has already increased and extra forces are helping in patrolling. The number of CCTV cameras at markets and residential areas have also gone up and the footage is being constantly monitored, Mr Srivastava said.

Prominent markets like Azadpur and Ghazipur are on the radar of the police as many people from outside Delhi visit them daily.

"During festive seasons, we intensify the drive to check vehicles coming at these markets and also ask the agricultural produce market committee (APMC) representatives to hire more private guards and contact police in case they witness any suspicious person or activity," said Vijayanta Arya, Deputy Commissioner of Police (northwest).

The APMC representatives have also been asked to maintain a proper register to write down the names and other details of truck drivers visiting the markets while police are randomly checking the contents of the trucks, Vijayanta Arya said.