According to the Northern Railway, 13 Delhi-bound trains are running late following a drop in visibility due to fog. 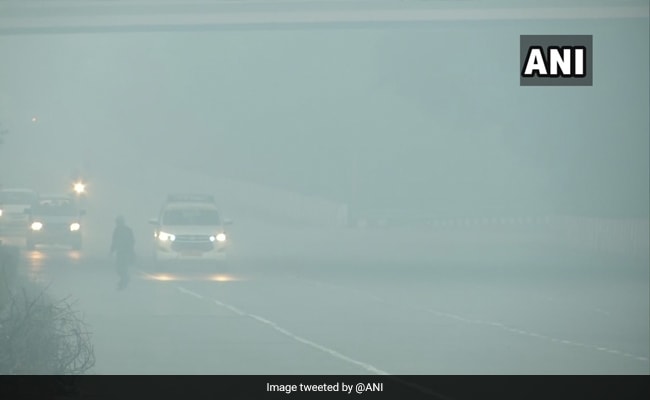 With a blanket of dense fog engulfing the national capital on Thursday morning leading to poor visibility, several Delhi-bound trains were delayed, informed the Northern Railway.

According to the Northern Railway, 13 Delhi-bound trains are running late following a drop in visibility due to fog.

As per the India Meteorological Department (IMD), the minimum temperature in the city was recorded at 8 degrees Celsius at 7 am today while the maximum is expected to touch 18 degrees Celsius.

Moreover, the visibility in the Palam area of the national capital dropped to 50 metres today.

People were also seen comforting themselves by lighting a bonfire amid cold weather conditions in the national capital.

Meanwhile, flight operations at the Delhi airport were normal on Thursday morning despite low visibility due to the fog.

The airport authorities further requested all passengers to contact the airline concerned for updated flight information.