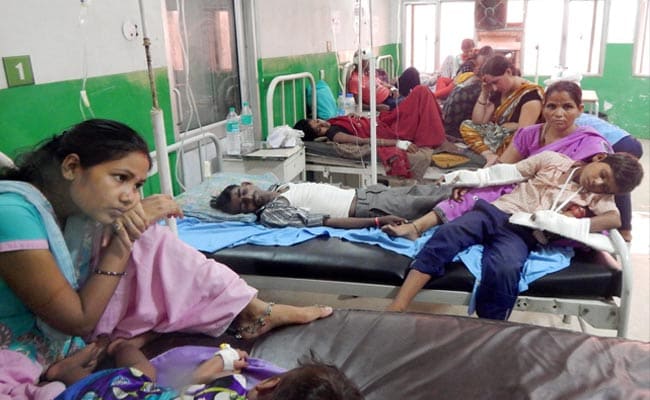 File photo of dengue patients being treated at a hospital. (Press Trust of India)

New Delhi: With over 1,600 fresh dengue cases reported in the last one week, the total number of people down with the vector-borne fever in the city this year has climbed to a menacing 7,606, making it the worst outbreak of the deadly disease in the last six years.

Out of the total number of cases reported till October 3, September alone has seen 6,775 cases, also the highest in the last six years. Incidentally, no case has been reported in the first three days of this month, according to a municipal report on the vector-borne disease released today.

The official death toll, according to the report still stands at 25, even though unofficially the number of dengue victims has inched close to 40.

Till September 26, at least 5,982 cases and 17 official deaths due to dengue were reported. On October 1, the South Delhi Municipal Corporation (SDMC), which compiles the report on behalf of all civic bodies, had updated the official death toll to 25.

In 2010, as many as 6,259 total cases were recorded and only eight deaths were officials reported throughout the year.

Till October 3 that year, the corresponding number of total cases was 3,555, nearly half of those reported during the same period this year.

1,036 people diagnosed with the disease came from outside of Delhi. Last year, the city had reported three deaths and recorded nearly 1,000 cases.

Till October 3, the number of houses found positive for mosquito breeding stands at 2,09,593 while number of prosecution launched in the same period is 19,819, according to the report.
Comments
Dengue casesdenguedengue patientsdengue outbreakDelhi hospitals