Delhi Weather: On Tuesday, the weather office had said that cold spell will continue in the national capital this month. 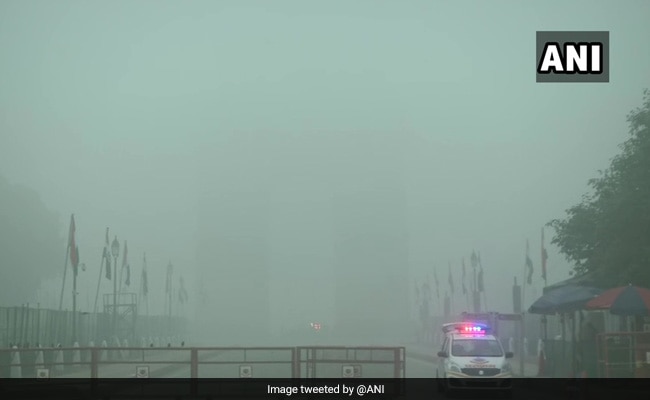 Delhi woke up to severe fog that disrupted air and rail traffic as the city recorded a minimum temperature at 7 Degrees Celsius.

Several airlines, including SpiceJet and Vistara, had earlier tweeted that the dense fog is likely to affect arrivals and departures at the airport.

#WeatherUpdate Due to bad weather (Poor Visibility) at Delhi (DEL), all departures/arrivals and their consequential flights might get affected. Passengers are requested to keep a check on their flight status via https://t.co/u9dvEZRAK7.

#TravelUpdate : Due to dense fog in Delhi, arrivals/departures from Delhi are likely to get impacted. Thank you. pic.twitter.com/EM5k6dXEYv

Traffic movement on the roads slowed down in the national capital this morning, creating difficulty for morning commuters.

A video posted by news agency ANI showed how the visibility had reduced drastically at around 6 in the morning near Barapullah flyover in south Delhi. Another video showed cars moving slowly near the Sarita Vihar flyover.

Despite heavy fog, maximum temperature is likely to hover around 20 Degree Celsius, weather office has predicted.

On Tuesday, the weather office had said that cold spell will continue in Delhi this month.

"With another Western Disturbance expected in coming days, it's safe to say that mercury levels will climb up only in February," Senior Indian Meteorological Department (IMD) scientist Kuldeep Srivastava told news agency IANS.

The year 2019 ended with a record of the longest cold spell since 1997, he added. "Cloud layer in December and cold winds from the North were the biggest factor behind so many cold days in a single month," he said.

December had recorded 18 consecutive "cold days" or an 18-day "cold spell", the maximum after 17 cold days in December 1997.