A committee of officials will be formed to overlook availability of medicines, oxygen and beds, a statement issued by the Delhi government said. 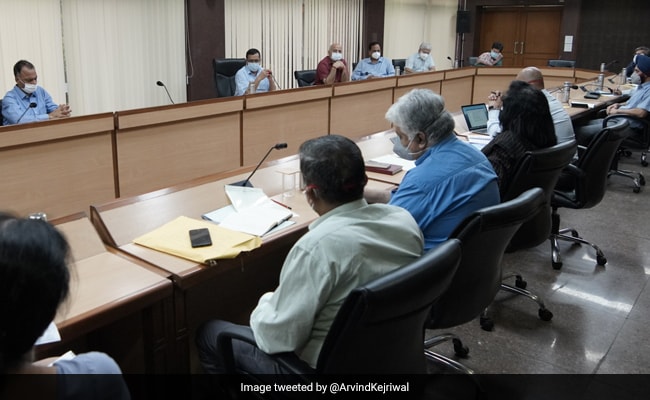 The Chief Minister said the number of beds in city hospitals will be increased on priority.

A committee of officials will also be formed to overlook the availability of medicines, oxygen and beds in the national capital, a statement issued by the Delhi government said.

Mr Kejriwal convened a meeting with officials to review the current Covid situation in Delhi and deliberate on the measures to be taken to prevent the third wave of the pandemic, it added.

Deputy Chief Minister Manish Sisodia, who is also the nodal minister for Covid, and Health Minister Satyendar Jain were present at the meeting.

"If the third wave of the coronavirus emerges, we have to be prepared in advance to fight it. Took some important decisions today at a meeting with officials -- to create a special task force to protect children from the third wave, adequate beds, oxygen and a better management of essential medicines," Mr Kejriwal said in a tweet in Hindi.

He said the number of beds in the city hospitals will be increased on priority, along with an enhanced oxygen allocation, according to the statement.

The Chief Minister directed the officials to work in advance to ensure a sufficient number of oxygen tankers and proper functioning of oxygen plants for an optimum supply of the life-saving gas to hospitals.

The third wave may require Delhi to be prepared with 40,000 oxygenated beds and the city government is making preparations to install 10,000 ICU beds, the statement said.

The management of medicines was also discussed at the meeting.

"Increased number of Covid beds also require an increased amount of oxygen allocation to hospitals. We need to keep enough oxygen tankers at hand so that we do not fall short of supply. We also need to ensure optimum oxygen storage and proper functioning of oxygen plants," Mr Kejriwal told the officials.