Dengue and chikungunya are caused by aedes agypti mosquito, which breeds in clear water. 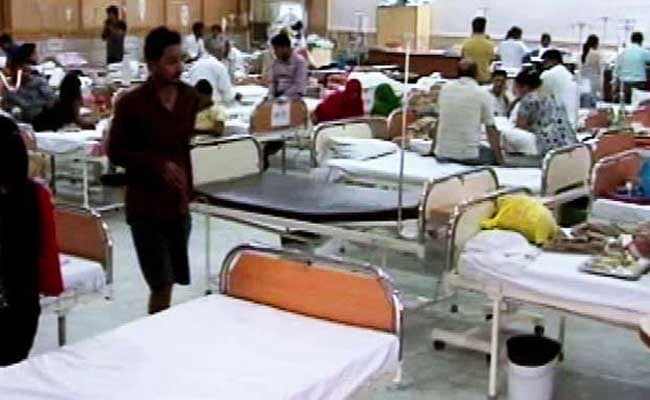 New Delhi: Over 130 fresh cases of dengue have been reported during the last week in Delhi, taking the total number of people affected by the vector-borne disease this season to nearly 500, according to a municipal report released today.

The number of people affected by malaria this year till August 12, has climbed to 385 while the figure for chikungunya stands at 283.

Of the 496 dengue cases, 251 affected people were residents of Delhi while the rest of the cases diagnosed here were traced to other states. At least 79 cases have been recorded this month.

Nearly 120 cases of dengue were reported last month, while 15 were recorded in June.

Notwithstanding the rising number of cases of vector- borne diseases, the Delhi government had last week said there was "no need to panic" and the administration was "adequately equipped" to handle any situation.

Dengue and chikungunya are caused by aedes agypti mosquito, which breeds in clear water. Anopheles mosquito, which causes malaria, can breed in both fresh and muddy water.

According to the report, breeding of mosquitoes has been reported at 1,04,758 households in Delhi. All the three municipal corporations have stepped up awareness drives -- distributing pamphlets and plying vehicles with loudspeakers issuing dos and don'ts for prevention of the diseases.

The Delhi government had on June 23 instructed state-run and private hospitals, and nursing homes to increase their bed capacity by up to 20 per cent for the next six months to deal with any possible outbreak of dengue and chikungunya.

The government has banned over-the-counter sale of nonsteroidal anti-inflammatory drugs such as aspirin and brufen as their use may "pose a threat" to dengue and chikungunya patients.

At least 15 fatalities were reported last year at various hospitals in the city due to complications triggered by chikungunya though the civic bodies have kept the death tally at zero.

At least 21 deaths due to dengue were reported last year at various hospitals, including nine at AIIMS, though the official tally of the civic bodies stood at 10. Seventeen deaths suspected to be due to malaria in 2016 were also reported by the civic bodies.

Promoted
Listen to the latest songs, only on JioSaavn.com
In one of the worst outbreaks, a total of 12,221 chikungunya cases were reported in Delhi till December 24, 2016, out of which 9,749 were confirmed.

(This story has not been edited by NDTV staff and is auto-generated from a syndicated feed.)
Comments
Dengue Cases in Delhivector-borne diseaseDengue and chikungunya cases in Delhi

Man Hit By Car In Delhi, Driver Refused To Stop Even As He Cried; 2 Arrested: Cops