According to fire officials, they received information about the incident at 2.14 pm following which three fire tenders were rushed to the spot. 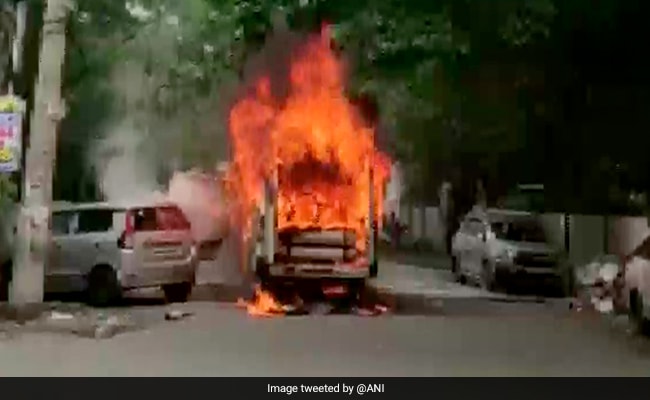 Police said that there was a fire in a bus at Rohini Sector 7.

Twenty one children had a narrow escape after their school bus caught fire in northwest Delhi's Rohini on Thursday, officials said.

According to fire officials, they received information about the incident at 2.14 pm following which three fire tenders were rushed to the spot.

“The bus (tempo traveller) of Bal Bharati Public School carrying 21 children caught fire. All the kids and the driver escaped unhurt,” he said.

Police said that there was a fire in a bus at Rohini Sector 7 which comes under North Rohini police station.

"During inquiry, it was found that the mini bus was ferrying 21 students of Bal Bharati Public School, who were evacuated safe by its driver Sanjay Solanki, a resident of Pooth village," Deputy Commissioner of Police (Rohini) Pranav Tayal said.

There was no casualty in the incident, the DCP said.

The bus driver said he noticed some foul smell coming from the engine of the bus.

"Around 2.15 pm, when we reached Rohini Sector 7, I noticed that some foul smell was coming from the engine of the bus. I immediately took all the kids from the bus. After the children got down from the vehicle, it caught fire.

"One of my known persons was coming with his bus and I asked him to drop all the kids to their homes. I was alone today as the helper of the bus was unwell. All the students are safe and sound. The school authorities have asked me to meet them tomorrow morning," Mr Solanki said.