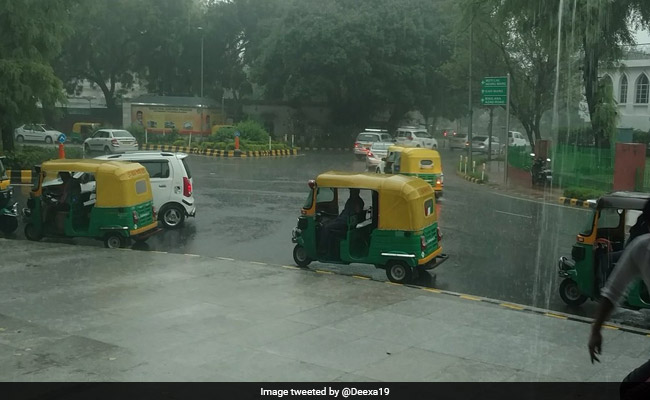 The MeT department has predicted more rain in various parts of the city.

Heavy rain pounded several parts of the national capital today, following heavy overcast conditions that had plunged the city into near darkness during the afternoon hours, prompting vehicles to ply with headlights on. Traffic slowed down to a crawl.

According to a Meteorological department official, several parts of the city witnessed rain. The Delhi Secretariat also witnessed waterlogging as a result of the heavy rains which poured down in the city.

The minimum temperature was recorded at 27.8 degrees Celsius, a notch above the season's average.

According to the MeT department, the humidity level recorded at 8.30 am was 74 per cent.

"The maximum temperature is expected to settle at around 34 degrees Celsius," the MeT department official said.