Pollution In Delhi Down By 25%, Says Arvind Kejriwal, Thanks Centre

Arvind Kejriwal thanked the central government for the construction of Eastern and Western Peripheral Expressway that led to the decline in pollution in Delhi. 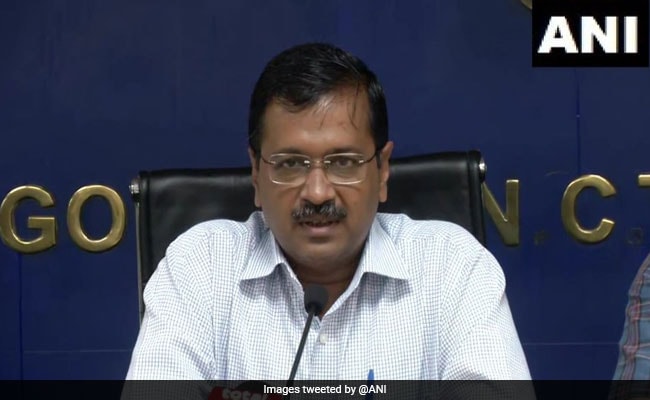 The pollution has reduced by 25 per cent in last three years, said Arvind Kejriwal.

Pollution in Delhi has gone down by 25 per cent in the last three years, said Delhi Chief Minister Arvind Kejriwal today. He also thanked the central government and the municipal body for their efforts towards bringing the pollution levels in the city down.

"Pollution has begun to reduce in Delhi. In the last three years, the pollution in the city has reduced significantly," the Chief Minister said.

Due to the construction of Eastern and Western Peripheral Expressway, there is a decline in the number of trucks entering Delhi, bringing the pollution levels in the city down, the Chief Minister said.

"This is a big number," the Chief Minister said, adding, "I think the numbers would be even higher for Western Peripheral. Both of these have been constructed by the Central government and we would like to thank them on behalf of people of Delhi for this."

Crediting all agencies for their efforts to bring down city's pollution, Mr Kejriwal said, "This (reduction in pollution levels) is not due to the efforts of the Delhi government alone. We want to thank the central government for their efforts, Municipal Corporation Departments (MCDs) for their efforts. The Supreme Court passed so many orders which we followed religiously."

He also thanked the people of Delhi for supporting the efforts to curb pollution.