ASI Rakesh Kumar himself lit the pyre for over 50 people at a crematorium; he also postponed his daughter's wedding to perform his duty. 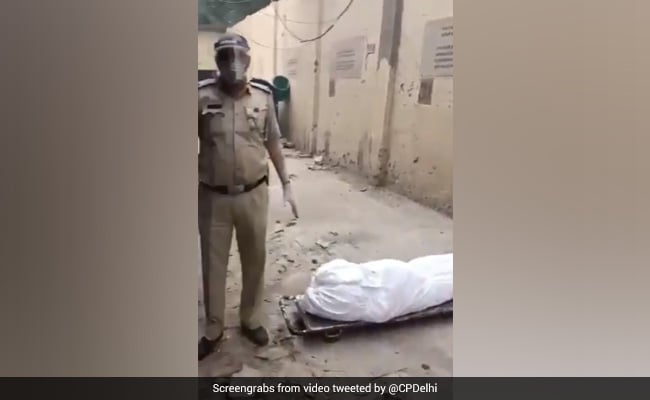 ASI Rakesh Kumar even postponed his daughter's wedding to fulfil his commitment to society.

With COVID-19 cases surging in the country, it has thrown unimaginable challenges at frontline workers, including police personnel who are often the first responders to an emergency situation. But despite the cataclysmic global event, kindness has thrived and acts of heroism have given us all hope. One such hero is 56-year-old ASI Rakesh Kumar of Delhi Police, who has been performing the last rites of those who had no one to cremate them. On duty during the pandemic, Mr Kumar even postponed his daughter's wedding to fulfil his commitment to society.

Mr Kumar's effort and courage has also been praised by Delhi Police Commissioner SN Shrivastava. The commissioner retweeted a video where Kumar and his colleague are seen carrying a body from an ambulance and walking past lit pyres to perform the final rites at the crematorium. Mr Shrivastava also said the police officer has set an example of the highest degree and many people need to learn from him.

COVID time has thrown up some real heroes. ASI Rakesh deserves highest degree of praise and encouragement. Infact it is men like him who keep the society going. Something that many need to learn @LtGovDelhi@HMOIndia@PMOIndiahttps://t.co/rx8RYIL6Zd

Mr Kumar has helped perform over 1,100 last rites and himself lit the pyre for over 50 at the Lodi Road Crematorium where he was deputed on April 13. Appreciating his efforts, the Delhi Police tweeted a video of him assisting others with the last rites.

Many Twitter users praised the police officer and some urged the police commissioner to promote the ASI as a token of appreciation for his effort and courage.

Hats off to the gentleman..keep up the good spirits with care

One Twitter user with the handle @Singhambhaiya pointed out that many police personnel who work in close proximity to people infected with COVID-19 lack PPE equipment to protect themselves from the deadly disease.

Sir if possible pls promote him to SI from ASI. I hope it's already on the cards. If not pls consider, if possible.

India is reporting an unprecedented number of daily cases and fatalities due to COVID-19 during the second wave and Delhi is the worst-hit city in the country. The healthcare infrastructure has creaked under the pressure of an increasing number of Covid patients with several hospitals reporting shortage of oxygen and other medical supplies. On Thursday, the national capital reported 19,133 new cases and 335 deaths.

The country, which recorded just 15,510 fresh infections on March 1, has been reporting over 3 lakh new COVID-19 cases every day for the last two weeks. More than 2.34 lakh people have died since the pandemic broke.