Farmers Protest Delhi: In a series of tweets, the Delhi Traffic Police on Thursday alerted commuters about the closure of Singhu, Lampur, Auchandi, Chilla and other borders in view of the farmers protest. It also advised commuters to avoid Noida Link road and instead use NH 24 and DND. 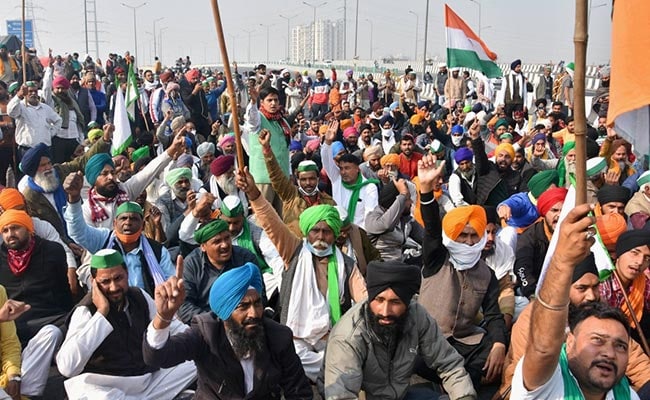 With no let up in the farmers protest against the Centre's new farm laws, the Delhi Police today intensified its security arrangements and suggested alternative routes to commuters entering or exiting the city.

The agitating farmers had on Wednesday demanded that the Centre convene a special session of Parliament and repeal the farm laws as they threatened to block other roads in Delhi and "take more steps" if it failed to do so.

A crucial round of talks between the Centre and the representatives of protesting farmers is scheduled to be held later in the day.

In a series of tweets, the Delhi Traffic Police on Thursday alerted commuters about the closure of Singhu, Lampur, Auchandi, Chilla and other borders in view of the farmers protest.

It, however, said those wanting to travel to Haryana can take Dhansa, Daurala, Kapashera, Rajokri NH 8, Bijwasan/Bajghera, Palam Vihar and Dundahera borders.

As part of their 'Delhi Chalo' march, farmers have been staging protests at four busy border points of the national capital - Singhu, Noida, Ghazipur and Tikri - to press their demands for repealing the agri-marketing laws.

Bhim Army chief Chandrashekhar Azad is also likely to join the protestors today at the Singhu border where thousands have been protesting for the last seven days.

Mr Azad had recently met the protesters at Ghazipur border near UP Gate.