Clips from a widely circulated CCTV footage show the specially-abled man light a matchstick with one hand in a dark showroom and calmly steal an iPad, a laptop and a cellphone. The Delhi Police has recovered all the stolen items. 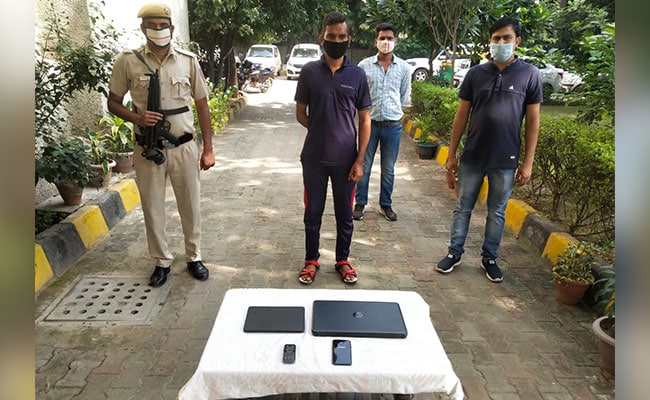 Accused Raju, 38, lost his right hand while working on a thresher, the Delhi Police has said.

Clips from a widely circulated video, showing a specially-abled man light a matchstick with one hand in a dark showroom and calmly steal an iPad, a laptop and a cellphone, have helped the Delhi Police catch the theft accused.

According to the police, the CCTV footage, dated August 27, is from a furniture shop in the posh south Delhi area of Vasant Kunj.

The police have identified the accused as 38-year-old Raju, from West Delhi's Kakrola area, who had lost his right hand while working with a thresher in his village.

Raju was arrested on September 10 from the Andheria Modh Bus Stand near Chhattarpur farms area after extensive investigation using electronic surveillance, the police said, adding that they have also recovered the electronic gadgets he had stolen.

The accused used to steal LPG gas cylinders earlier, but this time he decided to target a high-end furniture shop, the police said. He did recce in the day time and broke into the furniture showroom at night using a steel bar, the police said, adding that once he had eneterd, he did not even switch on the lights.

The accused simply lit a match stick with his one hand, spotted the gadgets and took them with him.

Raju used to sell all his stolen items to a scrap dealer, the police said.