In the TikTok video, a shirtless man could be seen stepping out of the moving vehicle and doing push-ups atop the car. 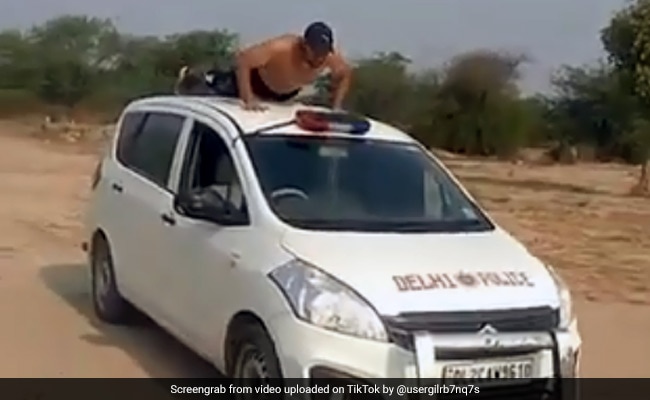 In the video, a shirtless man could be seen stepping out of the moving vehicle and doing push-ups atop the car in what seemed to be a deserted spot. The car had a beacon light mounted on the top and had Delhi Police inscribed on the bonnet.

According to the police, the vehicle belonged to a private contractor which was hired by the police for certain duties.

"The person in the video clip is not a policeman, but a friend of the private driver of the hired vehicle. The private contractor has been issued a show cause notice for the violation and necessary legal action will be taken against him," said a senior police officer.

The police also said that the clip appeared to be of an older date.