Delhi Chief Minister Arvind Kejriwal in a letter to the centre had pointed out that the metro prices had been raised in May, less than six months before the new hike that came into effect on October 10.

The Delhi metro fares were hiked despite the AAP government's strident opposition.

New Delhi: After fares were made more expensive last month by between 20 and 50 percent, the Delhi Metro lost three lakh commuters a day, a Right to Information (RTI) application has revealed.

Delhi Chief Minister Arvind Kejriwal had vehemently argued against the more expensive rides, but was overruled by the centre, with which he shares a substantial and sustained hostility.

The number of riders on the metro came down to 24.2 lakh a day in October from 27.4 lakh in September, a fall of around 11 per cent, the RTI reveals.

Ticket prices went up by Rs 10 for almost every distance slab in October, just five months after another hike of up to 100 per cent. 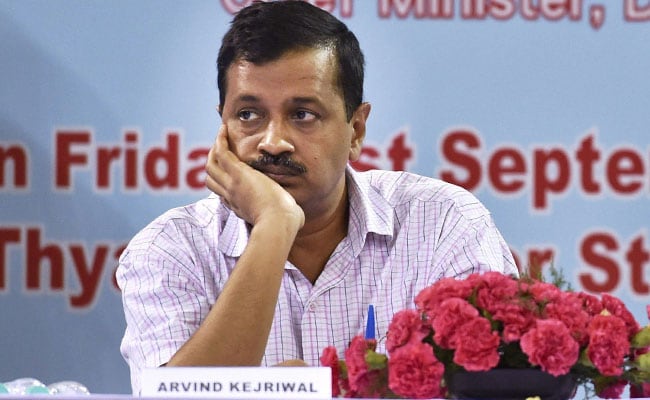 Delhi was enveloped with toxic smog for an entire week earlier this month, triggering a national discussion on public transport and pollution.

Doctors described the smog and its impact on residents, which included the shutting down of all schools, as a public emergency. The hazardous air quality that busted permissible limits day after day by upto 100 times was attributed to vehicular pollution, dust from construction sites and the illegal burning of crops on farms in neighbouring Punjab and Haryana which refused outright to curb the "stubble-burning."

Objecting to the hike in October, Chief Minister Kejriwal in a letter to the centre had pointed out that prices had just been raised in May. His deputy Manish Sisodia had alleged a "conspiracy" to benefit cab aggregator services like Uber and Ola.

Price hikes are cleared by a committee that combines representatives of the Delhi government with those of the centre.

Union Minister Hardeep Puri told the Kejriwal government that that it would need to pay Rs 3,000 crore annually for five years if it wanted to stop the metro fare hike. Mr Kejriwal's offer to foot half the financial burden was rejected.

Promoted
Listen to the latest songs, only on JioSaavn.com
With the total network length of around 213 km, the metro is the lifeline for millions in the capital.

When it started operating in 2002, the minimum fare was Rs 4 and maximum was Rs 8. The costliest ticket now is worth Rs 60.