In extremely disturbing visuals on a mobile phone, Azad, in his 40s, is seen repeatedly stabbing his neighbour Veeru, 41, near their homes in Khyala in west Delhi. 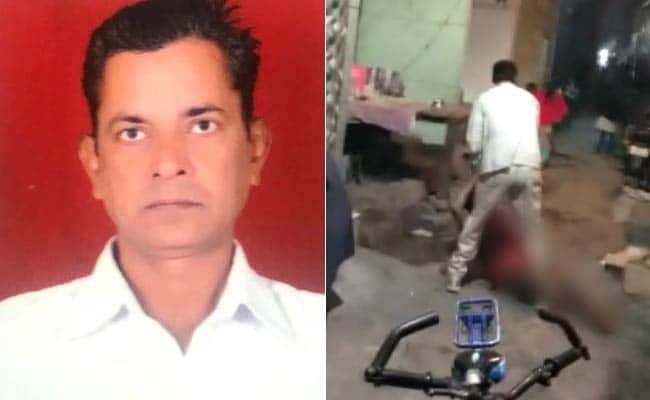 Azad, in rage, kept striking with his knife before leaving Veeru (above) bleeding on the road.

On Wednesday, a man lay outside his house in Delhi, his intestines hanging out, after a vicious knife attack by his neighbour. Others in the neighbourhood watched, some filmed the attack on their phones, but no one stopped the attacker, Mohammad Azad.

In extremely disturbing visuals on a mobile phone, Azad, in his 40s, is seen repeatedly stabbing his neighbour Veeru, 41, near their homes in Khyala in west Delhi. He had already attacked Veeru's wife Sunita, 35, and their 18-year-old son Akash.

Sunita died; Veeru and his son Akash are critical in hospital.

It all started with petty squabbling between Veeru's wife Sunita and Azad four days ago, say the police. 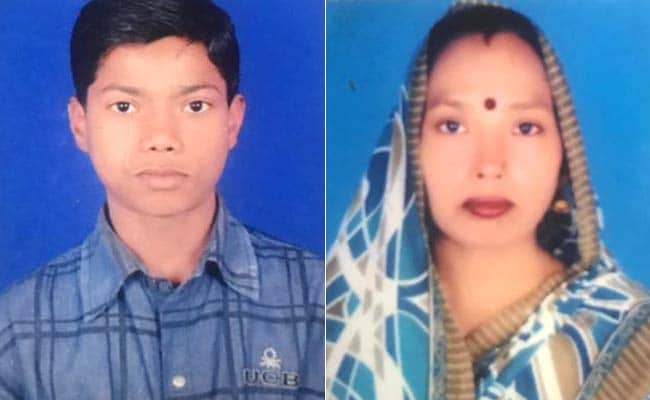 Akash, on left, is critical in hospital and his mother Sunita, on right, died after the attack.

A bottle of Sunita's daughter fell from the balcony and hit Mohammad Azad, standing on the road and he allegedly lost his temper. The two shouted at each other.

On Wednesday, the two allegedly fought again around 7:30 PM over a minor issue and Sunita told her husband and son. When they came out of their home, Azad was armed with a knife, ready to attack them.

"Azad first stabbed Akash. When Sunita and Veeru tried to save their son, Azad stabbed them too," police officer Madhup Tiwari was quoted as saying by news agency IANS. 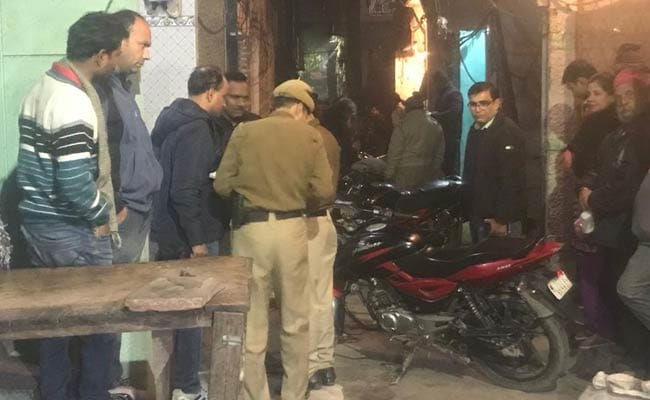 Police at the crime spot in Delhi's Khyala.

Azad, in rage, kept striking with his knife before leaving the family dead or bleeding on the road. The stabbing took place in front of children. The accused's family also left the house fearing the consequences of his actions.

On the video that has surfaced online, other neighbours are heard shouting and talking as they give the attacker a wide berth, but nobody acts.

"Azad later reached a police station with the murder weapon and confessed to his crime. He was arrested," the police officer said.

Comments
Stabbing in Delhikyala delhiman stabbed on camera in delhi