The Delhi Commission of Women (DCW) had issued a notice to Instagram and Delhi Police, taking cognisance of the matter. 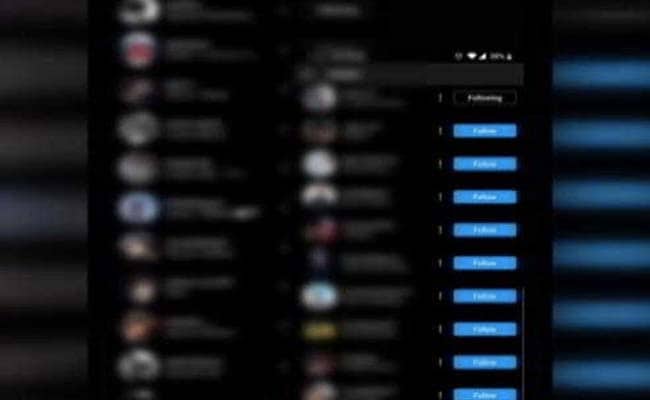 Delhi Police's Cyber cell have arrested the 18-year-old admin of the chat group.

The Delhi High Court Monday directed the police to expeditiously conduct its investigation into the incident of "Bois Locker Room", an Instagram group, in which obscene messages and morphed pictures of underage girls were shared.

A bench of Justices Siddharth Mridul and Talwant Singh, which conducted the hearing through video conferencing, noted that an FIR has already been lodged by the Delhi Police Cyber Crime Cell and the probe is going on.

The high court directed the police, represented through Delhi government standing counsel (criminal) Rahul Mehra and advocate Chaitanya Gosain, to conclude the investigation expeditiously in accordance with the law and file the final report before the concerned trial court.

The high court disposed of the petition seeking Special Investigation Team (SIT) or Central Bureau of Investigation (CBI) probe in the "Bois Locker Room" incident and to arrest the offenders.

The participants of the chat room were mostly young teenage boys from Delhi who allegedly shared lewd and objectionable content pertaining to minor girls. The chat room was used to make comments and share compromising and allegedly morphed images of minor girls.
Petitioner Dev Ashish Dubey had also sought protection for the girls and women who have highlighted the crime of Delhi school students so that they cannot be harmed by the members of the group.

The plea, filed through advocates Dushyant Tiwari and Om Prakash Parihar, also sought direction to the authorities to arrest all the members of the chat group immediately.

"The entire issue needs to be investigated by the SIT or CBI as these students belong to high profile families and there is an apprehension that the investigation or enquiry conducted by the local police will be influenced and wrongdoers will never be arrested and punished," it alleged.

It said instead of being apologetic or fearful after the vulgar comments and obscene photos posted by them came into public domain, the boys openly threatened the girls and the offence committed by these students through the Instagram group is illegal and amounts to violation of various laws.

Earlier two advocates had written a letter to the Delhi High Court Chief Justice to take suo motu cognisance of the incident.

Delhi Police's Cyber cell have arrested the 18-year-old admin of the chat group. He appeared for his class 12 board examinations this year.

Police have said he is a student of a school in Delhi-NCR and four group members, who all are majors, above 18 years, have joined the probe.

The juveniles, who are part of the group, are being quizzed at their home in the presence of their parents and members of NGOs. A juvenile member was apprehended.

The Delhi Commission of Women (DCW) had issued a notice to Instagram and Delhi Police, taking cognisance of the matter.