In view of deteriorating air in winters, the Delhi government has focused on the drive this year to ensure vehicles do not run without valid PUC certificates and that harmful vehicular emissions are under control. 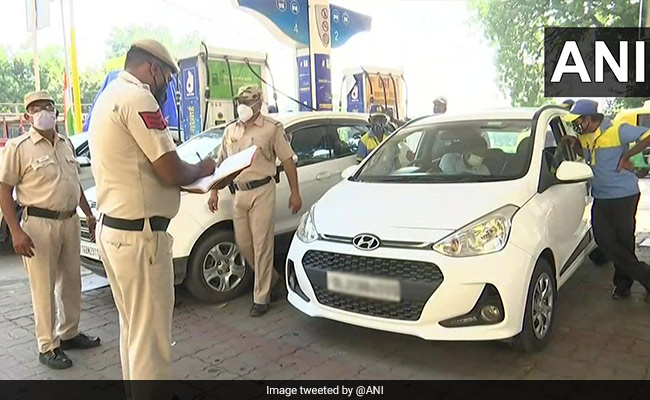 There are a total of 1.34 crore registered vehicles in Delhi.

The Delhi government on Tuesday launched an enforcement drive at fuel stations of the city to catch motorists without valid pollution under control certificates.

The teams of enforcement wing of the transport department checked pollution under control certificate (PUCC) of the vehicles arriving at fuel stations, officials said.

"Our aim is to encourage people to get valid PUCC. We have given two days time to those not having valid PUCC certificates of their vehicles. If they fail to do so till Monday, challans will be issued," said a transport department officer.

In accordance with the Motor Vehicle Act, 1993, vehicle owners who fail to get a valid PUC are liable to be challaned under Section 190(2), leading to imprisonment of up to six months or fine up to Rs 10,000, or both. The driver could also lose their driving licence for three months.

"About 15 per cent vehicles, mostly two-wheelers, were found without PUCC, with people citing various reasons like forgetting it or keeping it at home when caught without the certificate. We will expand the drive later this week, deploying teams at 100 fuel stations across the city from Monday," the officer said.

In view of deteriorating air in winters, the Delhi government has focused on the drive this year to ensure vehicles do not run without valid PUC certificates and that harmful vehicular emissions are under control.

According to figures of the transport department, there were nearly 17.71 lakh vehicles running without valid PUC in the city by mid October. There are a total of 1.34 crore registered vehicles in Delhi.

Most of the vehicles without PUC certificates included two-wheelers (approximately 13 lakh), while 4.20 lakh four-wheelers were without the valid certificate as per the transport department database.

Nearly 1,000 authorised PUC centres in the city issued 5.44 lakh certificates in September. The number has increased significantly with the transport department starting its drive against pollution-causing vehicles earlier this month.

A total of 3.53 lakh PUC certificates were issued by the centres by mid October.

Around 10,000 PUCC were issued daily in August and the number started rising as discussions on poor air quality started in September, officials said.

According to the database, the daily average of PUCC issuance rose to around 20,000 from mid September. The drive started by the transport department further increased the number to around 38,000 per day from second week of October.

Currently, around 40,000 PUC certificates are being issued daily, they said.

Also, the department has increased enforcement activity against motorists not having PUCC. Till October 17, over 62,000 vehicles were checked, out of which, 4066 were challaned. The number will rise further in coming days, they added.