The machine, armed with enhanced inbuilt safety features such as LED lights, water monitor systems and sensors, arrived on January 5 and has been stationed at the Connaught Place fire station, officials said. 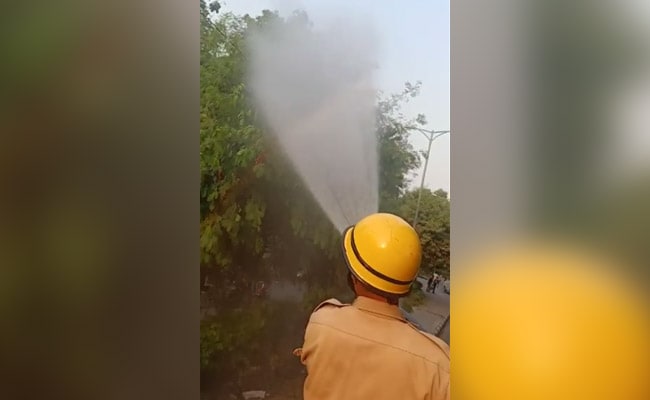 The Delhi Fire Service has received from Germany a 32-metre turntable ladder machine, that will help its personnel operate safely in case of a blaze at high-rise buildings, after a delay of over two years due to the COVID-19 pandemic.

The machine, armed with enhanced inbuilt safety features such as LED lights, water monitor systems and sensors, arrived on January 5 and has been stationed at the Connaught Place fire station, officials said.

He said the equipment was procured from Germany through the Delhi Metro Rail Corporation which "has the expertise to handle global tenders".

According to officials, the fire department has three hydraulic machines, but the turntable ladder, being mechanical and because of its inbuilt safety systems, is unlike the other equipment.

"The machines which we presently have, operate hydraulically while the new one functions mechanically. Oil leakage leads to hydraulic system failure. Mechanical machines are in any day more reliable than the hydraulic ones," a senior fire official said.

About the decision to station the turntable ladder at the Connaught Place fire station, another official said, the area is centrally located and has many high-rise buildings.

He said the fire department will organise a one-week training session for the firemen and officers of all ranks to be conducted by a team of experts from Germany who are expected to arrive this month.

Officials said the new machine will help firemen go up and down a high-rise building in a safe cage and easily carry out rescue operations.