Trolled Over Diploma From China, BJP's Tajinder Bagga Says It's From Taiwan

Clarifying about the diploma, the BJP leader said, "It was a one-month course. I had received an invite from the Taiwan government to enroll. I stayed there for a month in December 2017 to complete the course." 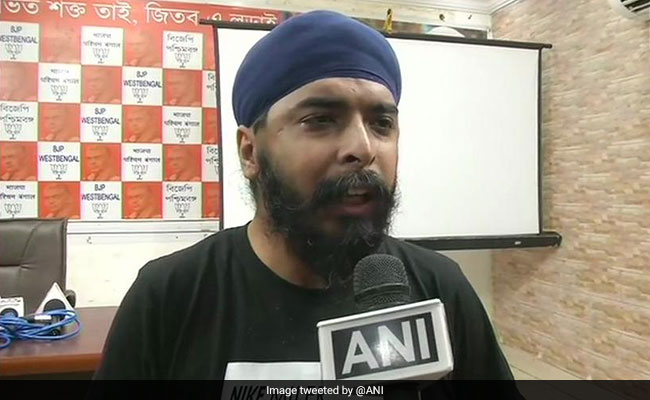 Tajinder Pal Singh Bagga, the BJP's Hari Nagar Assembly candidate for Delhi elections has refuted the allegations that he did diploma in the National Development Course from the National Defence University (NDU) in China, and said he did one-month course from Taiwan along with the representative from 18 countries.

The clarification has come after the Delhi BJP spokesperson was trolled for holding a diploma in the National Development Course from the NDU in China.

His election affidavit mentioned diploma in the National Development Course from the NDU, the Republic of China, Taiwan, in 2017.

Speaking to IANS, Mr Bagga said, "I don't know if the people questioning my diploma are themselves literate. They can't differentiate between China and Taiwan, who are always against each other."

Clarifying about the diploma, the BJP leader said, "It was a one-month course. I had received an invite from the Taiwan government to enroll. I stayed there for a month in December 2017 to complete the course."

Asked about the content of the programme, he said, "The course focussed on the foreign relations and why the world should support Taiwan."

According to the NDU website, it was established in 1906. During its over a century-long history, the NDU's name was changed nine times and was headed by over 30 superintendents.

Till date, claims the NDU website, it has trained thousands of outstanding officers who vowed to protect the people and serve the country.

Mr Bagga, a school dropout, has mentioned in the poll affidavit that he is pursuing Bachelor Preparatory Programme from the IGNOU.

The IGNOU programme is offered to students who wish to attain a bachelor's degree but lack the essential qualification of having passed Class 12.

Mr Bagga is facing Surinder Kumar Setia of the Congress and Raj Kumari Dhillon of the AAP in the February 8 elections for the 70-member Delhi Assembly. The results will be out on February 11.

Mr Bagga came to limelight after he admitted that he slapped lawyer-activist and then AAP leader Prashant Bhushan for his remarks on Kashmir and called the assault "Operation Prashant Bhushan".

His rivals often accuse Mr Bagga, who has over 6.4 lakh followers on Twitter, of being a "troll".