Kalu alias Kalua was a devotee of 'Maa Kali' and would project himself as the goddess, wearing a black salwar suit with a red chunni and anklets, Delhi police said. 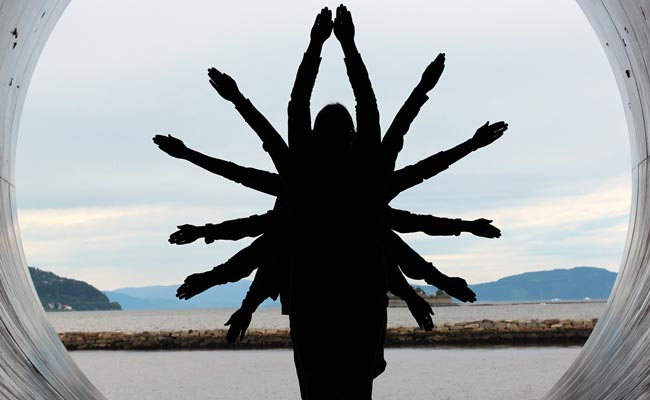 On the night he was killed, Kalu was dressed as goddess Kali (Representational)

New Delhi: Four men were arrested and three juveniles apprehended for allegedly making fun of a man dressed as goddess Kali and then stabbing him to death, police said on Monday. The four arrested men were identified as Naveen, 20, Aman Kumar Singh, 20, Mohit Kumar, 25 and Sajal Kumar Maheshwari, 19, they added. On the intervening night of May 22 and 23, the body of a man was found from the NSIC jungle with multiple stab injuries on the chest, face and head.

The deceased was identified as Kalu alias Kalua. After the post-mortem, the body was handed over to his brother for the last rites.

Kalu, an orphan, was raised in a 'dharamshala' near Kalkaji Mandir, the police said.

He used to spend time with transgenders and was a devotee of 'Maa Kali'. On Tuesdays and Saturdays, he would project himself as the goddess, wearing a black salwar suit with a red chunni and anklets, Deputy Commissioner of Police (Southeast) Chinmoy Biswal said.

On the night he was killed, Kalu was dressed as the goddess.

The police questioned several persons. On the basis of a tip-off, the accused, including the juveniles, were apprehended from Govindpuri on Sunday, the DCP added.

During interrogation, the accused told the police that they had consumed liquor and were near the NSIC jungle main gate when they saw Kalu passing by. Seeing his attire, they started mocking him.

As Kalu told them not to make fun of him, the accused caught hold of him, forcibly took him inside the jungle and started beating him up. They then stabbed him with a Swiss knife, the police said.

Promoted
Listen to the latest songs, only on JioSaavn.com
The deceased succumbed to his injuries on the spot and the accused fled on their motorcycles. Five motorcycles were also recovered by the police at the instance of the accused.

One of the accused, Naveen, is pursuing his graduation through correspondence from the Delhi University. He is a first-year commerce student.
Comments
Delhi CrimeGovindpuriKalkaji Mandir