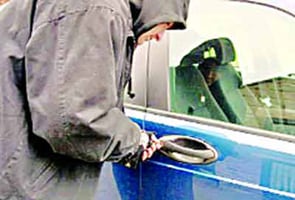 New Delhi: Police was in for a surprise on Monday when out of four auto lifters they had arrested, two claimed to be members of a rock band 'Break the Silence'. The duo Sameer Gadhailey ( guitarist) and Anil Taak ( drummer) stole cars along with Hafiz and Istkar Khan in Malviya Nagar area.

"We received a tip-off that three auto lifters were moving in a stolen car in Shivalik area of Malviya Nagar with the intention of stealing more vehicles. Acting on this information, we started checking vehicles at Shivalik Road picket near Jal Board.

During checking, the policemen noticed one Maruti 800 car approaching the picket. As the car was signaled to stop, its driver noticing the police presence, stopped the car suddenly and before cops could approach it, he along with other occupants of the car got down and tried to flee. A police team chased them and apprehended two accused Hafiz and Istkar, whereas another accused Suresh manage to escape",  said DCP HGS Dhaliwal.

Police said that during interrogation, it came to light that both Hafiz and Istkar along with other gang members Sameer, Anil and Suresh had committed several crimes in Malviya Nagar.  Police also conducted raids to arrest Sameer and Anil. Four stolen cars and eight bikes have been recovered from them so far.