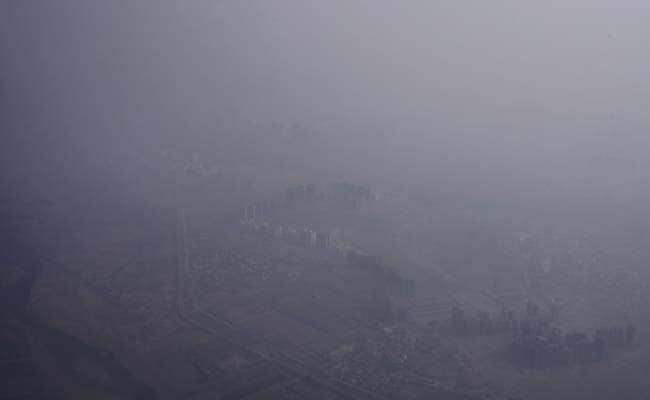 New Delhi: Thick smoke hung over New Delhi this week as millions of citizens lit firecrackers to mark Diwali, but calls for a boycott highlighted growing concerns over air quality in one of the world's most polluted cities.

Pollution in the national capital reached "severe" levels on Friday, the day after Diwali, according to a new air quality index launched earlier this month as part of Prime Minister Narendra Modi's "Clean India" mission.

That means the concentration of airborne particles known as PM2.5, which are considered the most harmful, was more than 250 -- 10 times the upper limit recommended by the World Health Organization (WHO).

Authorities regularly appeal to the public to restrict their use of firecrackers, which every year cause injuries as well as letting off the acrid smoke that chokes the capital.

But this year the calls had particular resonance after a WHO study of 1,600 cities across 91 countries in May found the national capital had the dirtiest atmosphere in the world -- a claim authorities fiercely denied.

"A majority of the time, Delhi air is quite bad, but it is still better than Beijing," Mr Beig told AFP, while conceding that the post-Diwali air likely rivalled the Chinese capital's infamous smog.

"It's going to be that way for 24 hours before it gets better," he added.

The national capital also suffers from atmospheric dust blown in from the deserts of the western state of Rajasthan, as well as pollution from open fires lit by the urban poor to keep warm in winter or to cook food.

The WHO study showed Delhi had the world's highest annual average concentration of PM2.5, at 153.

Experts say these extremely fine particles of less than 2.5 micrometres in diameter are linked with high rates of respiratory and cardiac disease. In the long run they can cause cancer as they settle deep into the lungs and pass into the bloodstream.

"Delhi has a serious problem since its pollution level is anyway very high throughout the year due to rapidly growing number of vehicles," Anumita Roychowdhury, head of the air pollution team at the Delhi-based Centre for Science and Environment, told AFP.

The top priority remains creating more public transport, added Ms Roychowdhury, who is a member of a government panel responsible for drafting an action plan to control pollution.

PM Modi has made public health one of the main priorities of his new administration, stressing the importance of cleanliness in almost all of his public speeches since his May electoral victory.

But 29-year-old Delhi resident Riddhima Gill said even the prime minister was powerless to stop the noxious Diwali celebrations.

"Modi can ask but nobody listens on Diwali. When you find your car with a layer of grime the next day, you know you're inhaling poison," she told AFP, adding that it was a "yearly nightmare" for her asthmatic father.

In a sign of the growing concern about the impact of air pollution, a video campaign for a "green Diwali" featuring local children carrying signs asking people not to light crackers went viral on Indian social media ahead of the festival.

Promoted
Listen to the latest songs, only on JioSaavn.com
"The call has to come from within, no one should have to tell us 'do this, don't do this'," said Gurmeet Sapal, the Delhi-based independent film-maker behind the video, which can be seen at www.youtube.com/watch?v=Y2zEYglMocM.

"We know things won't change overnight," he told AFP. "At least we have made a positive start."