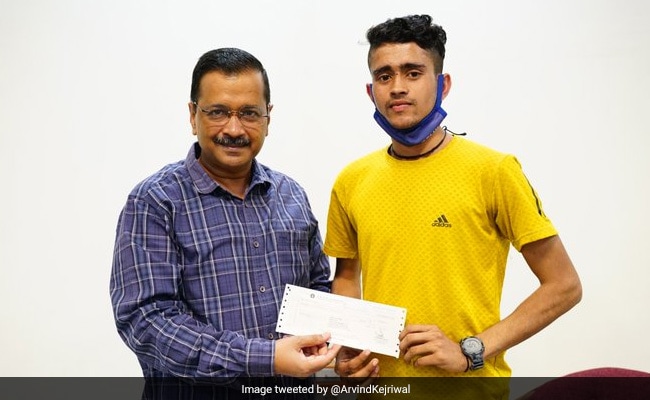 He assured that lack of money will not be allowed to come in the way of prospering talent and the Delhi government stands by 15-year-old Kumar and will continue to support him.

"Two days ago, I came to know about the story of Lokesh. Today, I met Lokesh and handed him a cheque of Rs 3 lakh. The Delhi government will not let the lack of money come in the way of prospering talent. Best wishes to Lokesh for the future. Continue to work hard and make the country proud," Mr Kejriwal tweeted in Hindi.

Lokesh, the son of a rickshaw puller, is a promising athlete studying in Class 10 of Sarvodaya Co-ed Vidyalaya, Sector-2, RK Puram.

Lokesh was helped under the Delhi government's "Play and Progress" scheme to provide financial assistance to school-level sportspersons.

The teenager will continue to receive the assistance in future also after yearly evaluation of his performance, the statement added.