Launching the mobile number, Arvind Kejriwal said, "Through this, the people are saying they can connect with the party and opt to volunteer for us." 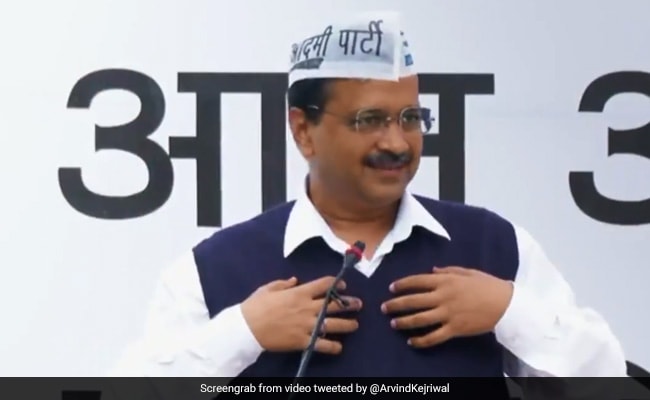 In these seven years, we proved that corruption-free govt can be run: Arvind Kejriwal

Delhi Chief Minister Arvind Kejriwal on Tuesday launched a mobile number -- 9509997997 -- on which people can give missed calls to associate themselves with the AAP's campaign for the upcoming Delhi assembly elections.

At an event held to celebrate the seventh foundation day of the Aam Aadmi Party (AAP), Mr Kejriwal said that in the last seven years, his party has changed the narrative of politics in Delhi.

As a result, the BJP is not able to do "Hindu-Muslim" politics in the national capital but is forced to talk on issues of electricity and education, he said.

"In these seven years, we proved that corruption-free govt can be run. We were accused of working just for poor, we were not in pockets of Ambani and Adani. We showed that elections can be fought with honesty," he told his volunteers.

Launching the mobile number, Mr Kejriwal said, "Through this, the people are saying they can connect with the party and opt to volunteer for us."

"It is an election of each and every parent whose children studied in government school, for every women who availed the facility of free travel for women and of those who wanted to change politics of this country," he said amid slogans of "I love Kejriwal" and "Delhi Bole Dil Se Kejriwal Phir Se"

Delhi Deputy Chief Minister Manish Sisodia said volunteers should not get over-confident and continue working tirelessly to ensure that the AAP wins.

Senior AAP leader Sanjay Singh said "AAP is a ray of hope in these times".

"We are not a jumla party but a party that does work," he said.

Senior party leader Gopal Rai said in the upcoming elections, AAP volunteers must ensure that even the security deposits of the BJP candidates get forfeited.

Assembly elections in Delhi are due early next year.