Over 3.12 lakh people recovered under home isolation that was started first in Delhi, where the first plasma bank in the world opened. So far, 4,929 people have received plasma therapy, Chief Minister Arvind Kejriwal said at a Republic Day function. 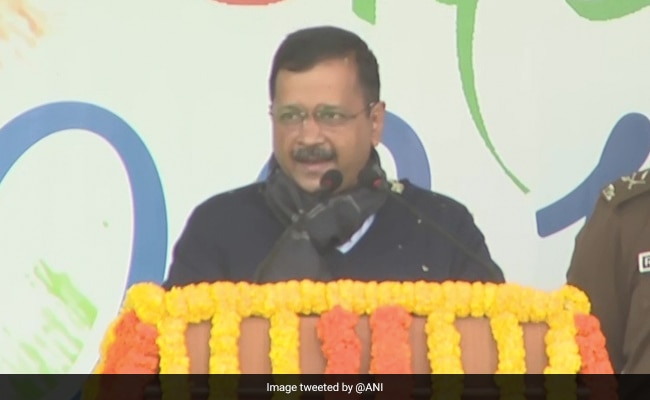 Delhi faced an extreme level of the coronavirus pandemic, but its health system did not collapse due to "reforms" in recent years and better management, Chief Minister Arvind Kejriwal said on Monday.

In many developed countries and cities like New York, the health infrastructure collapsed, but measures like home isolation prevented such a situation in Delhi, according to Mr Kejriwal.

Over 3.12 lakh people recovered under home isolation that was started first in Delhi, where the first plasma bank in the world opened. So far, 4,929 people have received plasma therapy, Mr Kejriwal said at a Republic Day function.

The chief minister said despite drying up of tax revenue due to the pandemic, the AAP government managed to pay salaries to its employees and continue its flagship schemes, including free power and electricity supply.

In the last billing cycle, 38 lakh households got zero power bills, while 14 lakh domestic consumers received zero bills for water supply, he said at the Delhi government function, where he also unfurled the national flag.

By March, Mr Kejriwal said, the Delhi government would roll out doorstep delivery of ration scheme, which would "revolutionise" the ration distribution system.

The government is also going to issue health cards, under which all health records of a person would be stored.

The government and private hospitals will be connected to the Health Information Management System (HIMS) and people will be able to get online appointment to consult doctors without waiting in queues at the hospitals, he said.

The chief minister said the projects for cleaning of the Yamuna river were also running in time and the government would shift slum dwellers in flats in coming years.