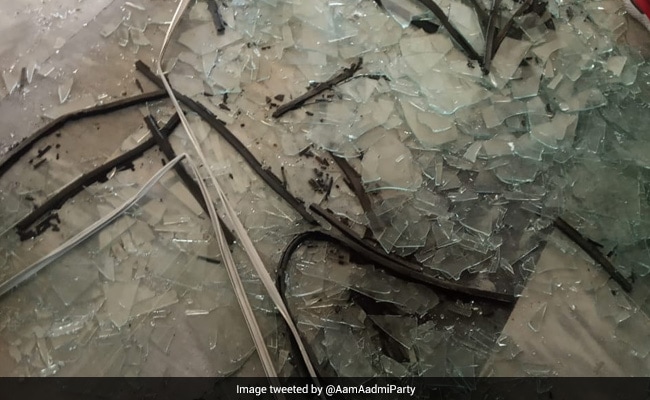 Delhi BJP president Adesh Gupta on Thursday alleged that party workers were attacked by AAP volunteers during a protest at the DJB headquarters and that the Chief Minister Arvind Kejriwal-led government "conspired" to defame the saffron party by sabotaging the demonstration.

Mr Gupta, who was detained by the police along with others during a "Matka Fod" protest at the DJB office, later claimed at a press conference that BJP workers were injured in the attack by AAP volunteers.

"During the demonstration outside the Delhi Jal Board headquarters, Aam Aadmi Party volunteers attacked BJP workers. One worker sustained an injury to the backbone and was admitted to a trauma centre, while four others also suffered serious injuries," he alleged.

The BJP was staging a "peaceful" demonstration outside the DJB headquarters against the "tanker scam" and problems faced by people due to water supply issues, he claimed.

"Aam Aadmi Party volunteers forcibly barged into the headquarters, vandalised it and attacked the BJP workers. The Kejriwal government conspired to defame the BJP by sabotaging our protest," he further said.

Mr Gupta said, "We wanted to raise the problems faced by residents of several unauthorised colonies and JJ clusters where the water supply has been disrupted for the past 24 days. The chief minister should resign if his government cannot even provide drinking water to those who voted him to power."

Earlier, speaking at a press conference, AAP MLA Chadha claimed "BJP goons completely vandalised" his office and warned him against supporting the farmers' agitation against the Centre's three agricultural reforms.

Mr Kejriwal termed the alleged attack "shameful" and asserted the AAP would not be cowed down by such attacks by the BJP. He urged party workers to exercise restrain.

However, Delhi BJP spokesperson Virendra Babar alleged that the AAP had itself orchestrated the attack and was now blaming the saffron party.