Delhi BJP May Go For Reshuffle If Assembly Polls Not Held Early: Report

The preparations for the Assembly elections and the party's membership drive, to be launched on July 6, were discussed on Wednesday. 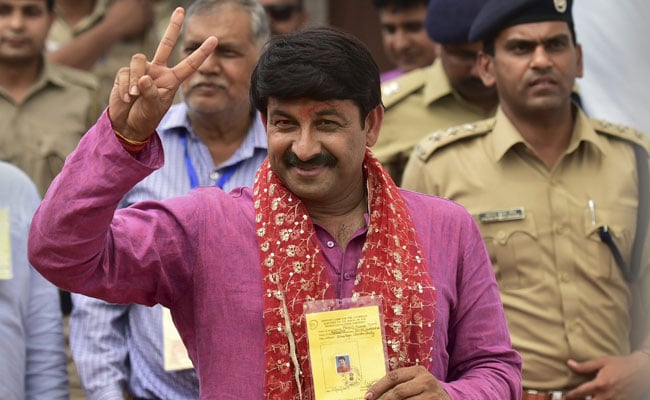 Delhi BJP may go for an organisational reshuffle in September-October

The Delhi BJP may go for an organisational reshuffle in September-October if the Assembly polls in the national capital, scheduled for early next year, are not advanced, party sources said Wednesday.

The preparations for the Assembly elections and the party's membership drive, to be launched on July 6, were discussed on Wednesday in a meeting of senior Delhi BJP leaders in the presence of national general secretary (organisation) Ramlal.

Delhi BJP president Manoj Tiwari asked the leaders to work hard to ensure the membership drive is a success and the party's "Vanvas" (exile) in the city is ended.

The BJP has been out of power in Delhi for over two decades and is eyeing a comeback after its massive victory in recent Lok Sabha polls, when it won all seven seats on offer in the national capital.

"Ramlal said that elections of the Delhi unit from booth upto state level may be held by September-October, if the Assembly polls are held as per schedule in early next year," said a senior Delhi BJP leader who attended the meeting.

AAP leaders had last month claimed that the BJP may go for early polls in Delhi to take advantage of its massive victory in the Lok Sabha elections.

BJP leaders also discussed preparations for the nationwide membership campaign, with Ramlal asking to focus on weak booths under the "Sarvvyapi Sarvsparshi" (omnipresent and covering all) membership campaign in Delhi, a Delhi BJP statement said.

Manoj Tiwari said the membership drive will be "general" in nature under which 14 lakh new members are targeted to be brought in the party fold in Delhi.

Under the nationwide membership drive, the BJP has targeted to increase the strength of its members by 20 percent.

"The membership drive is like Amrit (elixir) for the party in Delhi as Assembly elections are going to be held shortly. Victory in election is not difficult if we have better workers," Mr Tiwari said.