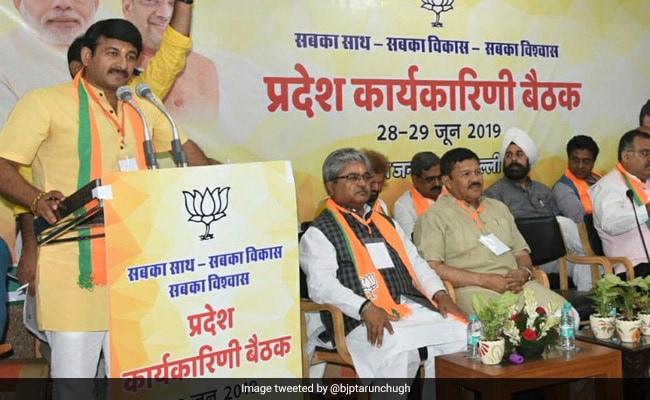 A two-day working committee meeting of the Delhi BJP unit began Friday to discuss preparations for the assembly election due early next year.

Speaking in the meeting, Delhi BJP chief Manoj Tiwari accused the ruling Aam Aadmi Party (AAP) of "misusing" public money for political gains and called upon party workers to dislodge the government in the assembly election.

He said the BJP was poised to come back to power in the national capital.

The Bhojpuri singer-actor said out of a total of 13,816 polling booths spread over seven Lok Sabha seats in Delhi, the BJP won in 12,064 booths in the recent parliamentary polls.

Sources said the Delhi BJP president expressed his displeasure over the absence of some party functionaries in the working committee meeting and called for action against them.

Delhi BJP general secretary (organisation) Siddharthan said every party worker should strengthen the booths where the saffron outfit has a weak presence and make the strong ones stronger.

Delhi BJP vice president Abhay Verma presented a political resolution at the meeting on which the state office-bearers gave their suggestions.

The resolution will be discussed on the second day of the meeting on Saturday.