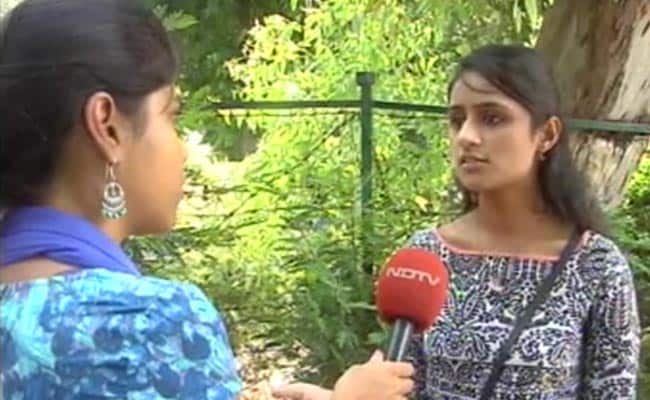 The woman says nobody at the busy intersection helped her out when the man was making obscene comments.

New Delhi: A 26-year-old biker, who was arrested yesterday on charges of sexual harassment and criminal intimidation of a young woman in New Delhi, was today granted bail, police said.

Saravjeet Singh alias Sunny, a resident of Paschimpuri area of west Delhi, told the police that the woman pressed charges on him to become famous.

He said the woman was an Aam Aadmi Party (AAP) supporter and that she wanted political mileage from the incident which took place in Tilak Nagar on Sunday.

The woman posted the photograph of her harasser on Facebook following which he was arrested.

Deputy Commissioner of Police Rajan Bhagat said they have announced a cash reward of Rs 5,000 for the woman.

"The award is for the bravery she displayed," he said.

Police said the matter was reported around 8 pm on Sunday and an FIR was registered.

In her complaint, the woman told police that she was confronted by the accused at a traffic intersection at Tilak Marg, where he allegedly passed lewd remarks at her, while the people around chose to be mute spectators.

The woman took a photograph of the number plate of his motorbike and when she was about to take a photograph of the accused, he posed for it despite being told that she would report the matter to police. He later sped away, said the police official.

Chief Minister Arvind Kejriwal too lauded the woman's courage and said: "Congratulate... her bravery. Girls of Delhi should follow her and speak up against such unacceptable acts."

Delhi Commission for Women (DCW) chief Swati Maliwal condemned the incident and said it was shameful that people stood watching and did not come forward to help her.

"She went to the police and registered her complaint despite threats. It is very shameful that 20 people were standing and watching... that is wrong," she told reporters.