Delhi Assembly To Go "Paperless" In 3 Months; Legislators To Use Tablets

The Delhi government has sanctioned Rs 20 crore to fund the project after the Assembly Secretariat opted out of the Centre's NeVA (National e-Vidhan Application), for all legislatures. 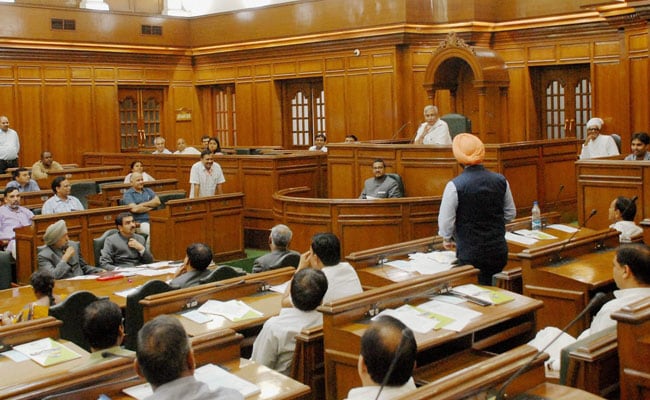 Every MLA will be given tablets to keep them informed with House proceedings. (File photo)

In the next three months, the Delhi Assembly will go "paperless" as part of an ambitious project under which every MLA will be given tabs to keep them informed with the House proceedings.

Speaker Ram Niwas Goel told PTI that MLA seats will also have LCD computer screen through which they will be able to see list of business during the Assembly session besides reading questions and other documents pertaining to House proceedings.

The Delhi government has sanctioned Rs 20 crore to fund the project after the Assembly Secretariat opted out of the Centre's NeVA (National e-Vidhan Application), for all legislatures.

The Assembly's technical advisory committee has approved the proposal, which has been sent to the finance department of the Delhi government for further procedure.

"In next three months, the Delhi Assembly will go paperless. MLAs also can see from home whether his or her question to be asked during Session has been chosen or not.

"The project is being executed with financial help of the Delhi government which has sanctioned Rs 20 crore for the same," Mr Goel said.

According to a senior official, as per the plan, legislators will be provided tabs so that they are well-informed about House proceedings in advance.

The official said that National Informatics Centre (NIC) is providing technical support to the Assembly Secretariat in executing the project.

An agency will soon be hired to execute the "dream project" of Speaker, official said.

According to him, in January this year, Delhi Assembly Secretary C Velmurugan had written to the Ministry of Parliamentary Affairs, saying that the General Purpose Committee, chaired by Speaker Ram Niwas Goel has decided to opt out of NeVA.