Signs Of RDX In Abandoned Bag At Delhi Airport, Say Officials After Scare

IGI Airport Delhi: According to a report by news agency PTI, sources have said the bag could contain an Improvised Explosive Device (IED)

Delhi Airport Terminal 3: Initial tests were conducted by EVD and a sniffer dog

A bag believed to contain RDX - a highly explosive material - was recovered from the Indira Gandhi International Airport in Delhi early this morning. The bag, a black-coloured trolley suitcase, was found near a pillar in the Arrivals area of Terminal 3 by a Central Industrial Security Force (CISF) soldier at 12.56 am. Initial tests - conducted by EVD (explosive vapour detector) and a sniffer dog - have suggested it contains RDX. Authorities have said that a more definitive test can only be conducted after a 24-hour period; for now, the bag has been moved to a "cooling pit".

According to a report by news agency PTI, sources have said the bag could contain an Improvised Explosive Device (IED).

"The bag was removed with the help of CISF and shifted to another place. It has not been opened yet. It seems like there are some electric wire inside it. We have increased the security of the airport premises," Sanjay Bhatia, Deputy Commissioner of Police (Airport), was quoted as saying by PTI.

However, CISF Special Director-General (Airports) told PTI it was "premature" to say the explosive was of RDX grade.

"It can be any material and the initial inputs can be false. To say it is RDX at this point of time is highly premature. We should wait for the final assessment report," MA Ganapathy said.

The bag was first flagged by Constable VK Singh of the CISF who promptly alerted his superiors. EVD and sniffer dog checks were immediately carried out and the tests confirmed traces of RDX. 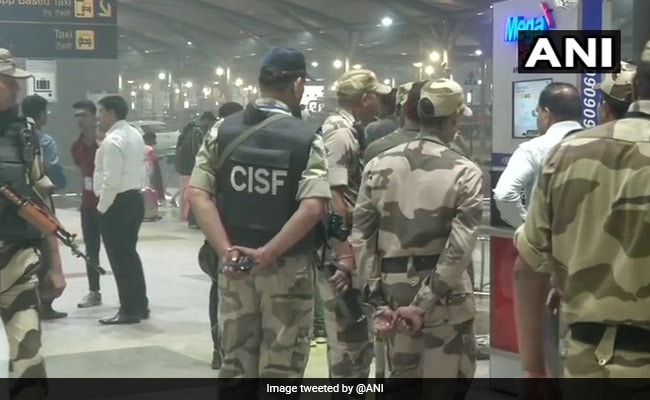 Following standard operating procedure, the security team then called in a bomb disposal squad (BDS) and cordoned off the area. The BDS attempted to take X-ray images of the bag but these were not definitive and the bag was then moved to a secure area with the help of a Threat Containment Vehicle (TCV).

The discovery of the bag created panic among passengers at the airport, who were not allowed to leave for some time. CISF and Delhi Police conducted an anti-sabotage check of the airport that finished at 4 am. Normal passenger traffic was allowed to resume only after the checks were completed.

The Delhi airport has three terminals; Terminal 3 caters to both domestic and international flights.

In July, a piece of cargo at Vadodara airport was suspected of containing RDX. It later turned out to be a consignment of pellets and air guns, an official in the security establishment said.