AAP's Free Travel For Women Scheme For Their Own Benefit: Sheila Dikshit

Delhi Chief Minister Arvind Kejriwal said the Delhi government would bear the cost of free rides for women on the metro and public buses. 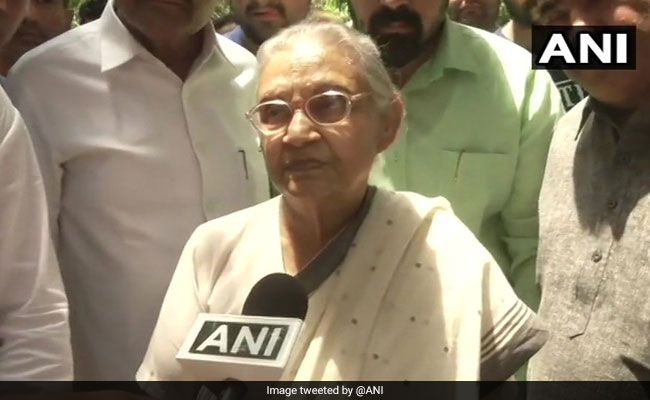 The Delhi Metro is run by the state and the central government.

Aam Aadmi Party announced free public transport for women "for their own benefit", former Delhi Chief Minister Sheila Dikshit said after the party said the scheme will be launched in three months based on the feedback and suggestions from the public and clearance from the Centre.

"It would be good if they can do it. But it is being done for their own benefit, not anybody else's. This should be seen politically," she told news agency ANI.

On Monday, Mr Kejriwal said that women will not have to pay for Delhi Transport Corporation (DTC) buses, cluster buses and Delhi Metro trains to have a safe travel experience.

The chief minister, while making the announcement, said the Delhi government would bear the cost of free rides for women on the metro and public buses. However, those willing to buy tickets are free to do so, they need not take the subsidy. Several women can afford these modes of transport. Those who can afford it, can buy tickets and forgo subsidy so others could benefit, Mr Kejriwal had clarified.

The Delhi Metro is partly run by the central government.

Following the announcement, the BJP and the Congress slammed the AAP's proposal, calling it a political gimmick and publicity stunt.

Mr Kejriwal's AAP, which has been ruling Delhi since 2015, was badly jolted by the national election result in which it failed to win even one of the seven Lok Sabha seats. The BJP retained all the seats, a sign that AAP may be in trouble as Delhi goes for assembly polls next year.

AAP was number three in four of the seats and placed behind the Congress, an alarming decline for a party that swept the last assembly polls with 67 of 70 seats.