Dandi March Anniversary: The messages, printed in Hindi, on these rickshaws ask people to think of innovative social change ideas and handwrite the change they passionately wish to see, on a postcard. 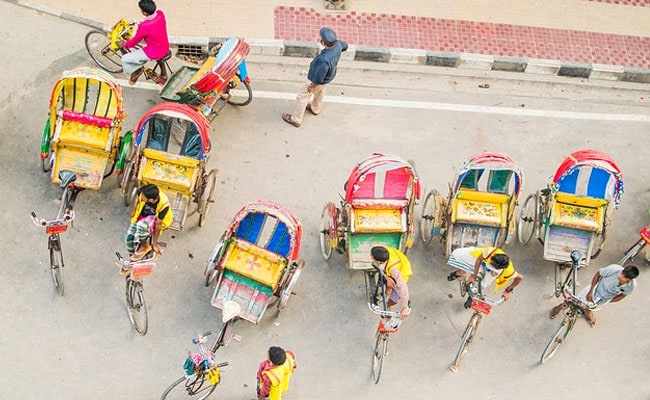 The target of project launched is to reach a million such change ideas on postcards.(Representational)

Beginning Tuesday, on the anniversary of the historic Dandi March, 150 cycle rickshaws bearing Mahatma Gandhi's change mantra -- Be the change you wish to see in the world -- have started cruising through the capital's roads inviting people to write a change idea on simple postcards.

The cycle rickshaw campaign is part of the ongoing Change150 project by LetterFarms, a Kerala-based NGO. Change150 aims to mobilise over a million change ideas from youth around India inspired by Mahatma Gandhi's change mantra.

The messages, printed in Hindi, on these rickshaws ask people to think of innovative social change ideas and handwrite the change they passionately wish to see, on a postcard.

People from around 16 states have posted their change ideas to the Kerala address of the non-profit organisation. 150 such change ideas are also exhibited at the National Gandhi Museum.

The target of the project launched on October 2 last year, as per LetterFarms, is to reach a million such change ideas on postcards.

"We're delighted to see people from all walks of life, especially those at the bottom of the economic pyramid, getting inspired by Bapu's words and carry his message around.

"In the coming months, we hope to display change ideas from all over India and from multiple languages making Bapu's 150th birth anniversary come alive through some very insightful ideas from ground up," National Gandhi Museum Director A. Annamalai said.

The exhibition will remain open to public throughout 2019.