Read inOther Languages
This Article is From Apr 01, 2020

Coronavirus effect: Manjinder Singh Sirsa, the chief of Gurdwara Prabandhak Committee, has said the 205 people were shifted today to the government school at Nehru Vihar, which has been one of the designated shelters for the needy. 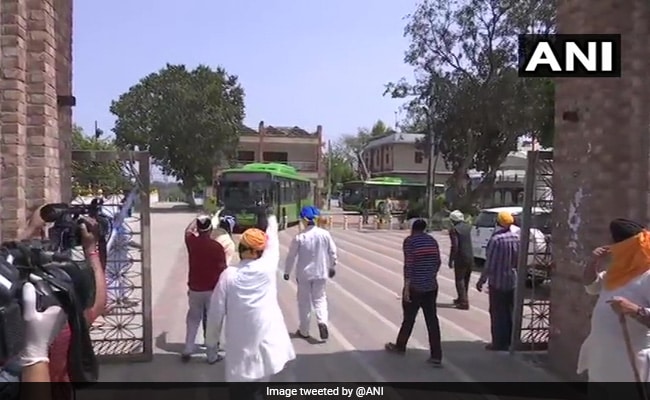 Coronavirus: The people had got stranded after they came to take a bus to Punjab.

Around 200 people were evacuated today from a gurdwara in north Delhi's Majnu ka Tilla today. The people had come there over the week-end to take the interstate buses to Punjab but got stranded when they found the buses were not running and had to take shelter in the gurdwara.

Manjinder Singh Sirsa, the chief of Gurdwara Prabandhak Committee, has said 205 people had been staying at the gurdwara since. They were shifted today to the government school at Nehru Vihar, which has been one of the designated shelters for the needy. The people would be placed under the mandatory 14-day quarantine and undergo coronavirus tests, Mr Sirsa said.

With the message of social distancing is being repeatedly underscored by the government and the medical fraternity as the key method to battle the rapidly spreading coronavirus, Delhi's Lieutenant-Governor Anil Baijal had said anyone violating lockdown would be sent to the government shelters.

Under lockdown rules declared by Delhi Chief Minister Arvind Kejriwal on March 23, all religious congregations have been banned. They are not allowed either under the "curfew-like' 21-day nationwide lockdown announced by Prime Minister Narendra Modi the next day.

The Punjab government has asked the people not to congregate in large numbers for the coming festival of Baisakhi. The harvest festival is one of the biggest festivals of north India and especially Punjab.

The number of coronavirus cases across the country increased by 146 over the last 24 hours, bringing up the total number of cases a shade short of 1,400.