Coronavirus Most Prevalent Among Those Aged Between 5 And 17: Delhi Sero Survey

Conducted between August 1 and August 7, the survey, second in the city, showed that 29.1 percent of the population in the national capital has now developed antibodies against SARS CoV-2. 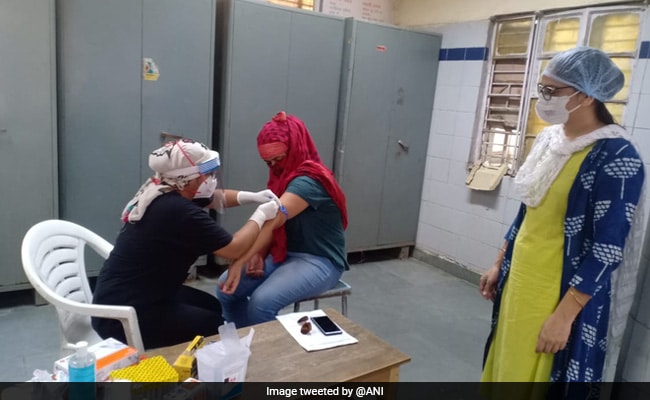 As many as 31.2 percent of the people aged above 50 have recovered from COVID-19, it shows.

Minors aged between 5 and 17 are most exposed to the novel coronavirus in Delhi, according to a serological survey conducted in the city this month.

Conducted between August 1 and August 7, the survey, second in the city, showed that 29.1 percent of the population in the national capital has now developed antibodies against SARS CoV-2.

A prevalence rate of 34.7 percent was found among the participants aged between 5 and 17, the survey results show.

As many as 31.2 percent of the people aged above 50 have recovered from COVID-19, it shows.

Among those in the 18-50 age group, 28.5 percent people have developed antibodies against the virus.

Indian Council of Medical Research data suggests that people aged between 21 and 50 account for 61.31 per cent of the COVID-19 cases recorded in India till August 21.

Experts say children could be contracting the infection from the adults in their family and domestic helps.

Dr Mahesh Verma, the head of a Delhi government committee tasked with strengthening the preparedness of hospitals to battle coronavirus, said, "It is difficult to keep children and youngsters home-bound. Even if they are not going to school, they might be going out to play... or they might have contracted it through an indirect route. But it''s just a prediction and needs to be studied."

"It''s still very complex how people are getting infected. I know a couple of families that are not stepping out but their members have still contracted COVID-19," he added.

Dr Gauri Aggarwal, the founder of Seeds of Innocence and Genestrings Lab, New Friends Colony, said, "Children might have contracted the virus from someone in their house who was regularly stepping out. The schools are closed and there are very few people who are organizing gatherings where children are also present."

It is possible that they got infected while going to parks or through domestic helps. There are lots of cases where domestic helps have spread the infection, she said.